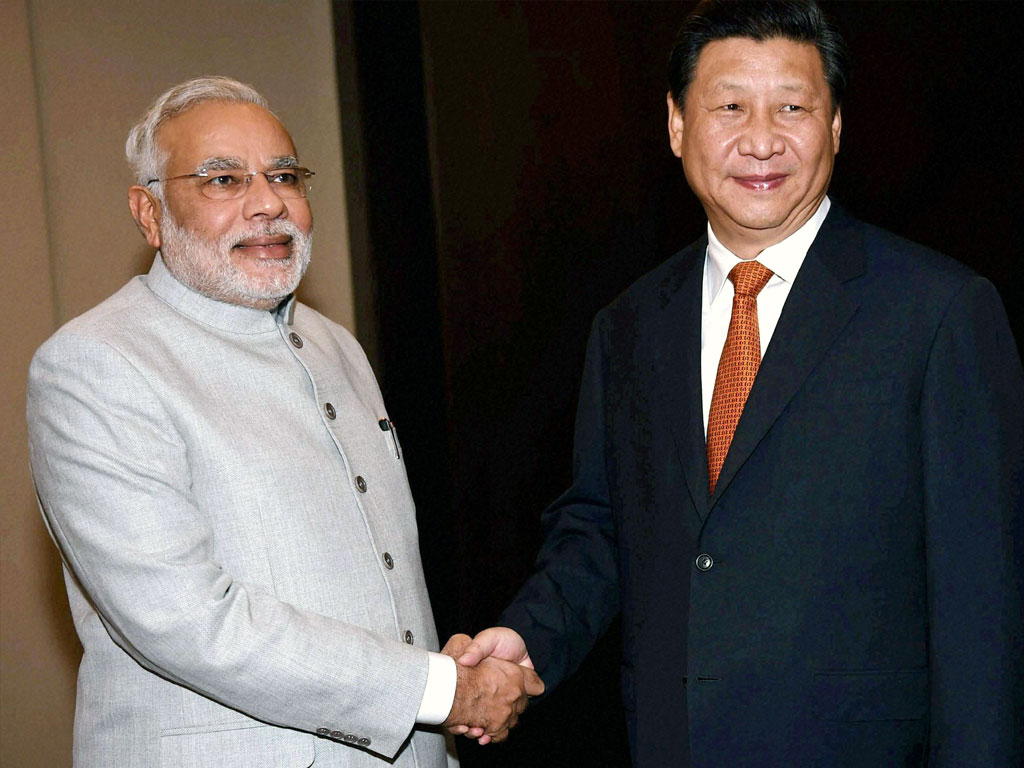 (TibetanReview.net, Jul16, 2014) –Chinese President Xi Jinping is visiting India in September this year while Indian Prime Minister Mr Narendra Modi is likely to visit China in Nov-Dec 2014, reported thehindu.com Jul 15. The development emerged during the two leaders’ meeting at Fortaleza, Brazil, on the sidelines of the sixth BRICS Summit on Jul 15. The BRICS nations include the five major emerging economies of Brazil, Russia, India, China and South Africa.

Xi was reported to have called for a “negotiated resolution” to the boundary dispute between the two countries across Chinese occupied Tibet “at an early date.”

Xi has invited Modi to attend the APEC leaders’ meeting in Beijing in November. However, given the fact that SAARC and G20 meetings are scheduled to take place in this month, the visit may take place at a later date, possibly December.

China’s official Xinhua news agency quoted Xi as having called for a “negotiated solution to the border issues at an early date” during the meeting. He has said both the sides should “manage, control and handle differences” with a “positive and forward-looking attitude” while urging them to find a “fair, reasonable and mutually acceptable solution” at “an early date”.

India’s PTI news agency, on the other hand, cited Modi as having said that maintaining peace and tranquility on the border was essential for resolving the issue.

Modi has also suggested the setting up of an additional route for the Kailash Mansarovar pilgrimage in remote western Tibet undertaken by many Indians every year, pointing out the difficulties of the current route which he himself had also taken. Mr Xi was reported to have assured Mr Modi that this would be considered.

Economic cooperation was the main focus in talks between the two sides. Xi wanted the two countries to launch “a batch of exemplary projects” in infrastructure, such as railway construction, to enable more balanced and sustainable trade.

Modi, while also stressing economic cooperation, has raised the issue of the rising trade deficit in China’s favour, which had reached $ 29 billion last year.