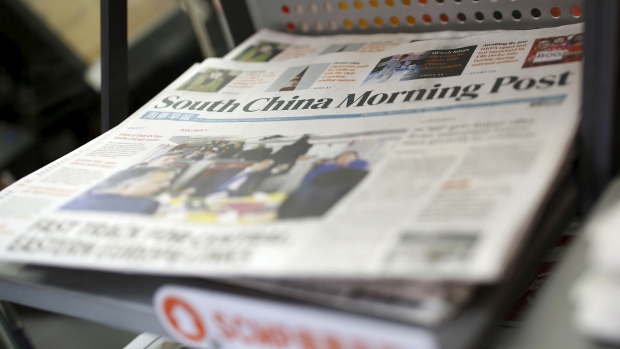 Alibaba and similar success stories, he said, should be seen as “shining calling cards for the image of contemporary China,” Liu was quoted as saying.

On Dec 11, the Alibaba Group announced that it would attempt to directly reshape global news coverage of China, which it says is too negative, by buying the media assets of the SCMP Group, including the SCMP newspaper. Alibaba has agreed to pay $266 million in the deal, a small outlay for the company, which has annual revenue of $12 billion.

The report said that in Beijing, those who worry about China’s reputation abroad were elated by Alibaba taking the helm of a storied newspaper fallen on hard times and its pledge to use it to enhance China’s reputation.

The report cited Wang Wen, a researcher at Renmin University in Beijing and a former editor at Global Times, a popular Chinese tabloid that often criticizes the Western media, as saying, “This is an attempt by the country’s social power to alter the country’s image,” referring to private corporations and others outside the direct control of the state.

But several news industry insiders have said winning a much larger global readership online for the SCMP will entail attracting readers with scoops and protecting its credibility as more than a government-blessed public relations vehicle. But, the report added, party censors under President Xi Jinping have been increasingly intolerant of critical reports in the domestic news media.

The takeover is also seen as good for Alibaba’s business. Alibaba claims, of course, that acquiring SCMP will add value for Alibaba’s investors, because negative reports about China in the Western news media were hurting the company’s shares, which are listed in New York. But, Chen Ping, a mainland-born media investor and businessman in Hong Kong, has pointed out that businesses such as Alibaba that throw their spending power behind the government’s message can also win points with policy makers. “Doing this will enhance his standing in the eyes of the Communist Party,” Mr Chen has said of Jack Ma, the shrewd founder of Alibaba, who is the chairman of the company.

Supporters of the Chinese government have said Mr Ma could attract foreign readers by offering a counterweight to Western news media. For this purpose, Alibaba plans to drop the paper’s online paywall, allowing the world to read its stories for free, the report added.

As to how the paper might fare under its new owners, a journalist at the SCMP, speaking on condition of anonymity, has said that even before the sale to Alibaba there was a pattern of editors at the paper rejecting, shrinking or underplaying stories that might irk Beijing. “I think this is really the last straw on the camel’s back,” the journalist has said about the sale to Alibaba.

“On the one hand, they want to have this facade of this credible, independent newspaper, but on the other hand they’ve got this agenda of pleasing the Communist Party,” the journalist has said. “The two simply cannot go hand in hand.”