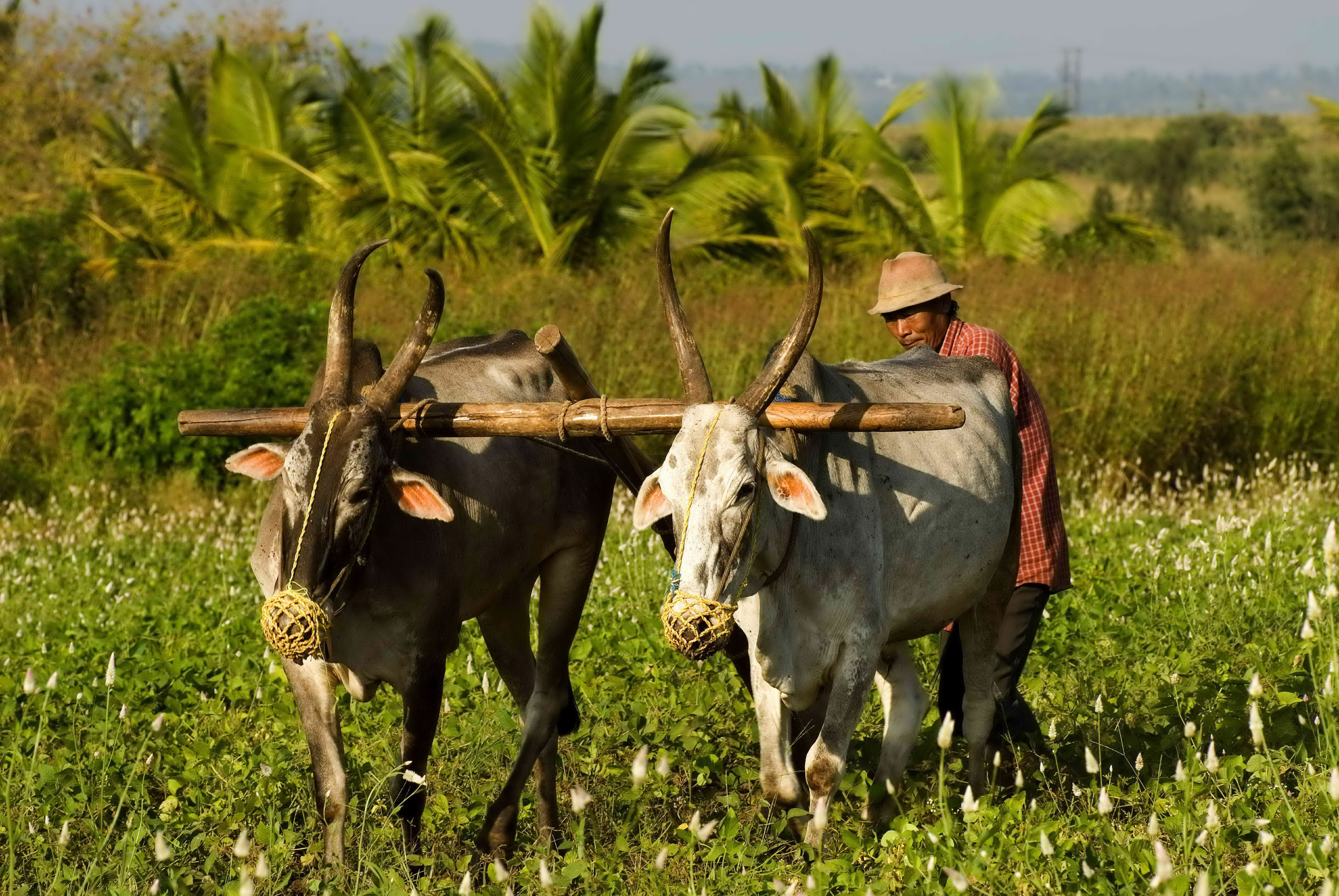 Tsewang Rigzin* says growth of modern enterprises is vital for sustaining the Tibetan community in India but finds that it is beset with legal, procedural and bureaucratic hurdles that need to be  addressed with urgency.

With the help of many individuals and organizations I was able to conduct a study titled “Survey Research on Tibetan Entrepreneurs in India,” possibly the first research of its kind, in association with the Federation of Tibetan Cooperatives in India limited (FTCI). This is the synopsis of my report. For the full survey report, please visit http://www.nyamdel.com/wp-content/uploads/2014/07/report-on-Tibetan-Entrepreneurs.pdf

More than 70% of Tibetan refugees in India depend on agriculture, handicraft and other small enterprises as their primary source of income. Tibetans began their new life in exile in India in 1959 as road construction labourers in the difficult terrains of the Himalayas. Gradually they were resettled in various settlements in south India and agriculture related activities became their main sources of income. The seasonal nature of the agricultural work meant that they had plenty of idle time for the rest of the year which they could use to find ways to augment their income. A few enterprising Tibetans began running roadside stalls to sell hosiery items, mainly sweaters, in various Indian cities and towns during the winter season. Eventually this part-time business activity became widespread and today a significant number of exile Tibetan households are dependent on it to eke out their living. Also, with the prolongation of the exile life, many Tibetans started small and medium enterprises, both collectively as well as individually. This sector is growing.

Overall, Tibetans in India have been a successful lot and have been lauded as the most successful refugee community in the world. Nevertheless, the high unemployment rate among them and the continuing migration of Tibetans from their settlements to various India cities and Western countries, including the United States, Canada and some European countries, threatens the stability and sustainability of the Tibetan refugee settlements in India.

According to the ‘Tibetan Demographic Survey 2009’ conducted by the Planning Commission of the Central Tibetan Administration (CTA), Dharamsala, some 9309 Tibetans had moved to Western countries over the ten-year period of 1998-2009. Another source has suggested that each year around 3,000 Tibetans move to Western countries. If this trend continues, the total number of Tibetans living in India will be reduced from the current 94,203 (TDS, 2009, CTA) to just 64,203 (excluding possible new arrivals from Tibet) by the end of 2019. Looking at this ever-increasing movement of Tibetans from their settlements to other places, it appears likely that what we now call Tibetan refugee settlements will become little more than sprawling old-age homes.

This survey seeks to understand the present state of Tibetan Entrepreneurship in India by identifying and analyzing the strengths, positive trends, core competencies and best practices by Tibetan entrepreneurs. It also seeks to identify and analyze the internal weaknesses and external impediments faced by existing and potential Tibetan entrepreneurs and bring fact-based recommendations to all the concerned stakeholders.

The method of sampling used for this study was stratified random sampling. In this, the businesses were categorized into five different stratums and samples randomly collected from each of them.  These five different categories were: manufacturing, retail outlets, hospitality business, health and wellness business, itinerant trade of sweater selling and others.

The sample size of this survey is 96, with a 10% of margin of error (confidence interval) and confidence level of 95%. The estimated total population for this study is 70,000, (estimated number of Tibetans in India whose main source of income is small enterprise, agriculture and handicraft) based on the Tibetan Demographic survey of 2009, conducted by the Planning Commission of the Central Tibetan Administration. These 96 Tibetan entrepreneurs were randomly selected from above five stratums from four major Tibetan settlements in India, namely, Byllakuppe, Mudgod and Bangalore in Karnataka State and Delhi. This stratification and different locations for data collection ensured the inclusion of the different perspectives of Tibetan entrepreneurs in both urban and rural settings as well as the five major types of businesses undertaken by the Tibetan refugee community in India.

Although, many interesting findings were made through this study, I would like to especially share a few of them with the readers. Those who are interested to read the full report should visit the website link I have provided above.

One interesting finding from the demographic part is the formal educational attainment of the respondents. Each year, on an average, 1,479 Tibetans graduate from 12th grade (An average number of students graduated from 12th grade from 2011-2014, Department of Education, CTA) out of which more than 80% pursue higher studies in various Indian universities. This clearly shows that the over all rate of Tibetans with higher educational degree is relatively high. However, the formal education level of these randomly selected 96 Tibetans give rise to one very important question: where are these Tibetan graduates? They are definitely not in the private enterprise sector as only 14% of the respondents have indicated that they have bachelor’s or higher academic degrees.

Another important finding suggested by this study is that there are various barriers that impede the growth of the entrepreneurial sector; all the concerned stakeholders need to make efforts to eliminate these barriers. One of the biggest challenges facing Tibetan entrepreneurs across the categories pertains to government trade rules and regulations or the lack of proper registration and licenses. This problem is more prevalent among the enterprises that are operating in the settlements. Without these documents and licenses, further enterprise growth is impossible despite the fact that the entrepreneurs have the capacity to do so.

Prior to this study, I had assumed that Tibetans did not register their enterprises intentionally to avoid tax and other legal obligations. But I found this to be untrue during my study. Interacting with around 100 Tibetan entrepreneurs, I learnt that although desiring to register their businesses Tibetans are unable to obtain these licenses due to various reasons.  One of the primary reasons is the ignorance about the procedure and its complexity and unduly long duration. It is therefore suggested that the concerned stakeholders, especially the CTA, appoint a special officer under the office of entrepreneur development desk of the Department of Finance. The primary responsibility of this officer should be to support established as well as potential entrepreneurs in legal matters, such as the registration of their enterprises and obtaining licenses for the operation of their trade.  This officer should further train the entrepreneurs on various legal issues pertaining to small and medium enterprises in India.

Training, in general, is very important for the growth of any business. And it is especially so in the case of Tibetan entrepreneurs as most of them have limited technical know-how. As indicated in the findings, there is positive relationship between training and net profit: Net profit seems to be higher among those who have attended some kind of training.

Access to finance is a major barrier for both established and potential Tibetan entrepreneurs in the growth or setting up of their enterprises. Except for sweater sellers, who get easy loans from the Ludhiana city lala (or supplier) and banks, most of the respondents indicate that their biggest sources of loan are friends and relatives. My findings suggest that more than 35% of the respondents indicated friends and relatives as the major sources of their loans and credits. It is therefore highly recommended that the concerned stakeholders, especially the CTA, FTCI and regional Nyamdels (cooperatives), move to fill this gap by providing low interest and collateral-free loans to these entrepreneurs. Given the ground reality of decrease in agriculture related activities in the settlements and increase in other business establishments, the regional Nyamdels (cooperatives) and other organizations should move to expend their present crop-loans and sweater-selling loans to other businesses as well.

Curious to find out how our traditional culture influences the overall decision making process of the Tibetan entrepreneurs, I discovered that about 37% of the respondents relied on Mo (or divination) before making important business decisions. And, of them, about 70% base their decision making solely on the outcome of Mo.

To sum up, there is no doubt that the overall performance of the Tibetan refugee communities in India and other countries have been one of great success under the wise leadership of His Holiness the Dalai Lama and the CTA. However, in the field of entrepreneurship among Tibetans in India, there are many areas requiring urgent improvement. One indication of this stagnation is that the itinerant trade of sweater-selling is still the most prevalent occupation among the Tibetan refugees in India. But this means of livelihood is not sustainable from many different angles. The dependency of their profit on factors such as weather conditions and availability of sites for running the market are very high. There are growing numbers of progressive entrepreneurs among the Tibetan diaspora and all the concerned stakeholders should facilitate their growth in whatever manner they can. The stability and cohesiveness of the settlement as one of the main goals of the current Tibetan administration in exile cannot be achieved without ensuring improvements in this sector.  If this sector improves and performs efficiently, then, in the short run, two of our major current problems will be solved: unemployment and out-migrations from the settlements. And, in the long run, we will be in a better position to safeguard our unique cultural heritage.

* Tsewang Rigzin is a Graduate student at the Laney Graduate School of Emory University, USA; he can be reached at tsewangrigzin59@gmail.com