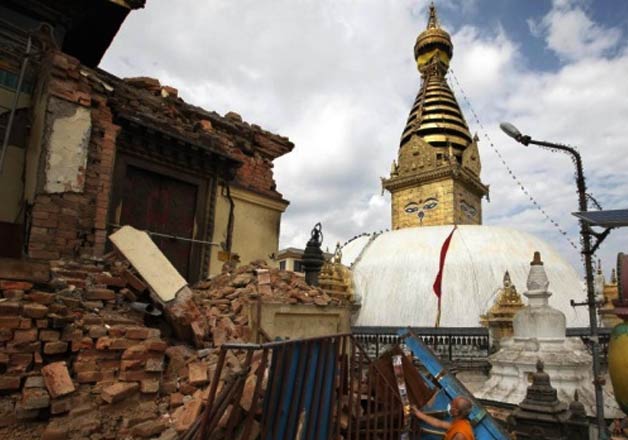 (TibetanReview.net, May08, 2015) – At least 10 Tibetans have died and four, including three nuns, were seriously injured in the devastating earthquake which hit Nepal and adjoining territories on Apr 25, said the exile Tibetan administration at Dharamshala, India, on its Tibet.net website May 6. The report said the exile administration had sanctioned NPR six million towards relief for Tibetans affected by the earthquake in Nepal.

The report described the dead as Chime, a 30-year-old man at Boudha; a nun at Sengdrak monastery; Sangye Phurba, a 29-year-old man at Swayambhu; Dorje, a 45-year-old trader at Dram. The rest, including three children, it added, had died in a massive avalanche triggered by the earthquake in Langtang District of Nepal.

Dram is, however, part of Nyalam County in Tibet, where official Chinese reports have previously said 26 had died and 800 had been injured. China evacuated 6,000 of its residents to a tent camp in Lhatse County, located some 300 km away, due to continuing aftershocks and fear of further landsides.

The report said the relief money will be distributed among the affected Tibetans on the basis of the ascertainment of the damages carried out by a relief committee of local Tibetan leaders in Nepal set up on Apr 30.