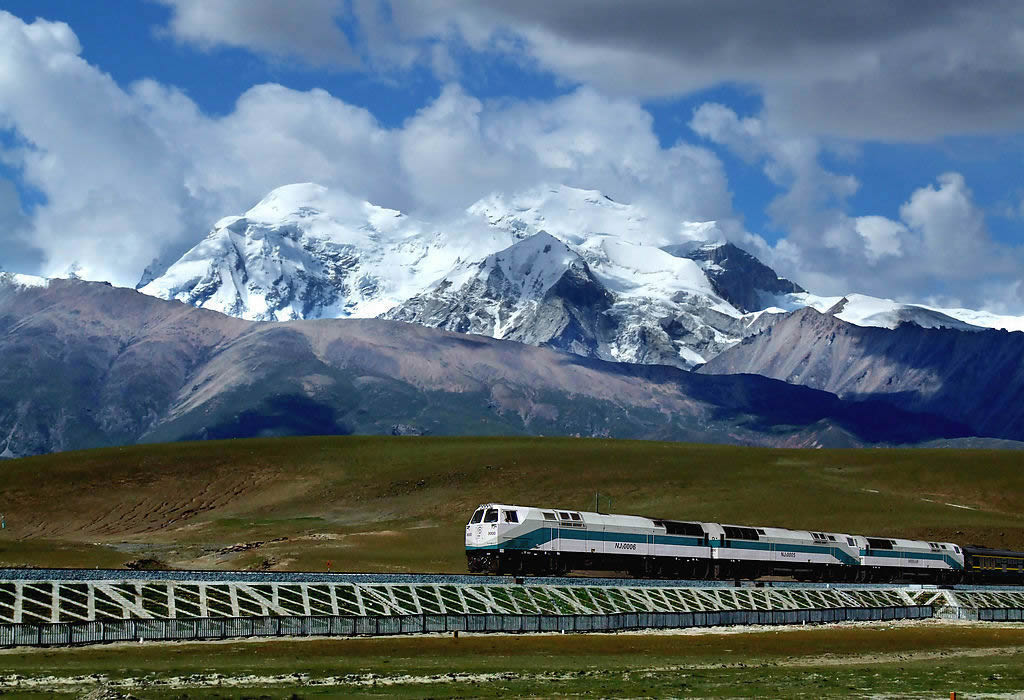 (TibetanReview.net, Jan31’16) – China is to speed up the construction of a second railway line into Tibet this year with the aim to cut the travel time between Lhasa and Chengdu from three days by road at present to less than 15 hours, reported its official China Daily newspaper Jan 30. The construction of this 1,629-kilometer Sichuan-Tibet railway will be completed in the early 2030s, the report added. Work on the railway’s construction was begun last year.

“The government will start a preliminary survey and research of the Kangting (Tibetan: Dartsedo)-Lyingchi (Nyingtri) railway project this year, and accelerate the construction of Sichuan-Tibet railway in the 13th Five-Year Plan (2016-20) period,” Losang Jamcan, chairman of the Tibet autonomous region government, was quoted as saying at the fourth session of the 10th People’s Congress of Tibet Autonomous Region on Jan 27.

Yin Li, acting governor of Sichuan, was also reported to have sent out a similar message in the fourth session of the 12th People’s Congress of Sichuan in Chengdu earlier.

The report said the project to link the capitals of Tibet and Sichuan will be divided into three sections from west to east: Lhasa-Lyingchi, Lyingchi-Kangting, and Kangting-Chengdu.

More than 74 percent of the railway line will run on bridges or in tunnels. It will meander through mountains, with the highest point being over 7,000 metres above sea level.

“It’s like the largest rollercoaster in the world. With a designed service life of 100 years, it is believed to be one of the most difficult railway projects to (be) build on Earth,” Lin Shijin, a senior civil engineer at China Railway Corp, was quoted as saying.

He has said the railway is a worthwhile project, although the builders will have to overcome multiple difficulties, such as avalanches, landslides, earthquakes, terrestrial heat, karst caves and underground streams.

Building the railway line is expected to cost at least 100 million yuan ($15.87 million) per kilometre, similar to the cost of high-speed railways on plains, Zhao Jinxue, a rail construction risk appraiser with an insurance company in Chengdu was quoted as saying.

Meanwhile, in its constant endeavour to further integrate Tibet, China has been continuing to link more province and cities in China with Lhasa through the existing Qinghai-Tibet Railway line. The country’s ministry of railways recently announced a decision to launch a railway service from Shenyang, Liaoning province, to Lhasa on Feb, 1, 2016, reported China’s online Tibet news service eng.tibet.cn Jan 30.

It will be the first time people living in the northeast of China will be able to travel by train to Tibet. The train will pass through nine provinces over around 4,000 km one way, the report added. The journey will take 50 hours or so.