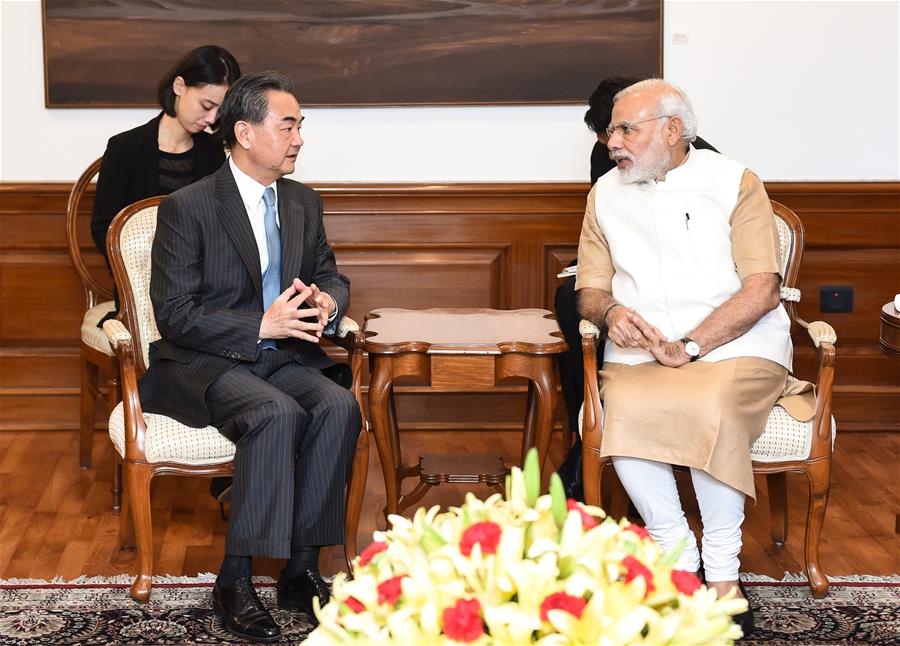 (TibetanReview.net, Dec13, 2017) – In its anxiety to rope in India for its Belt and Road Initiative, China on Dec 11 suggested that the two countries treat their bilateral relations from long-term perspective and global vision and that the two sides be not bogged down by some specific bilateral issues. The remark was made by Chinese Foreign Minister Wang Yi who was in India to attend a Russia, India, China (RIC) trilateral meet during a meeting with India’s National Security Adviser Ajit Kumar Doval reported China’s official Xinhua news agency Dec 11.

In particular, the report cited Wang as saying the two countries should boost strategic communication and trust, and properly handle problems left over by history and by some specific issues in bilateral relations, without politicizing and complicating them to hamper the development of the Sino-Indian relations.

He was reported to have described his country’s Belt and Road Initiative, first proposed in 2013, as an economic cooperation initiative and an international cooperation platform as well. The initiative refers to Silk Road Economic Belt and the 21st Century Maritime Silk Road, aimed at building trade and infrastructure networks connecting countries and regions along the ancient trade routes.

Wang has claimed that the initiative, with the principle of achieving shared growth through discussion and collaboration, was aimed at benefitting all nations and peoples along the belt and road.

India objects to a major Belt and Road Initiative route running through Pakistan-occupied portion of its state of Jammu and Kashmir.

Nevertheless, the Xinhua report had Mr Doval saying India and China had far more common interests than differences and some specific problems should not affect the overall situation and long-term goals of the development of bilateral relations, echoing China’s stand.