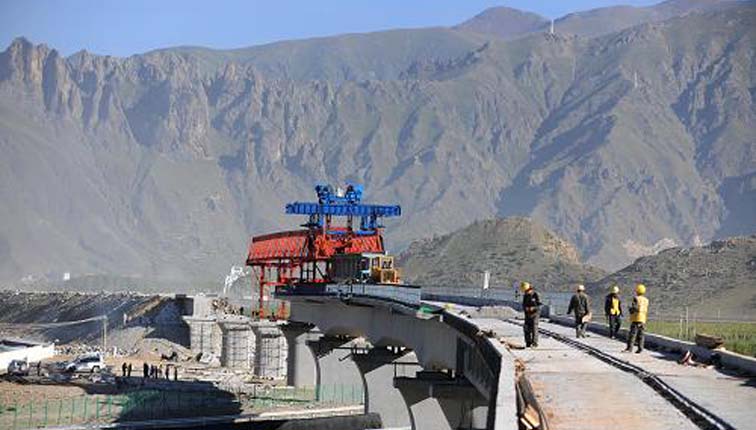 (TibetanReview.net, Dec 21, 2014) – China said Dec 19 that it had begun work for the building of its previously announced Lhasa-Nyingtri railway line within the Tibet Autonomous Region. This extension of the Qinghai-Tibet Railway will cost 36.6 billion yuan (US$ 6 billion) to build and take seven years to complete, reported China’s official Xinhua news agency Dec 19.

The new, 402-km railway line will actually be a Xierong-Nyingchi railway line, with Xierong being a stop in the Lhasa-Shigatse railway line which China opened in Aug 2014.