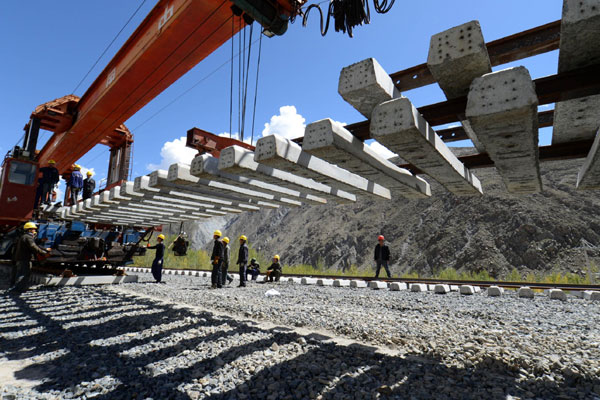 (TibetanReview.net, Jul25, 2014) –After the Qinghai-Tibet Railway, which opened in Jul 2006, China has begun building a second railway line into Tibet, with the construction of an initial railway line having started on Jul 22, reported the official Chinadaily.com.cn Jul 23. The Second Railway, the Yunnan-Tibet Railway, will eventually extend to the north and connect with the railway lines of Lhasa, the report added.

The initial project, the Lijiang-Shangrila Railway, will run 139.66 km from Lijiang to Shangrila, both in Yunnan Province, with an investment of 10.37 billion yuan ($1.67 billion), the report added. Shangrila is a new name given by China to the eastern Tibetan area of Gyalthang (Zhongdian in Chinese) in order to boost tourism revenue. The report said the construction will finish in six years.

The report described the Yunnan-Tibet Railway, the second railway to enter Tibet Autonomous Region, as a sky-road connecting Tibet with other regions of China.