(TibetanReview.net, Jul06, 2017) – China says the 1,700-km Sichuan-Tibet Railway it is building between Tibet’s capital Lhasa and Sichuan’s capital Chengdu is the most challenging one in the world. China’s second railway into Tibet Autonomous Region (TAR) – after the Qinghai-Tibet Railway which opened on Jul 1, 2006 – will go through the southeast of the Tibetan Plateau, one of the world’s most geologically active areas, reported China’s official chinadaily.com.cn Jul 5.

The report quoted You Yong, chief engineer of the Institute of Mountain Hazards and Environment of the Chinese Academy of Sciences (CAS), as saying, “The construction and operation of the Sichuan-Tibet Railway must overcome the biggest risks in the world.” He is said to be leading a scientific and technological support team to avoid disasters in the mountains.

He has said the active geological structure of the region causes strong earthquakes. The railway will go through earthquake zones such as the Longmen Mountain and Yarlung Zangbo River seismic belts, he has noted.

The Sichuan-Tibet Railway will run from Chengdu, capital of Sichuan province, through Ya’an and Kangding (Tibetan: Dartsedo), and enter TAR via Qamdo (Chamdo). It will then go through Nyingchi (Nyingtri) and Shannan (Lhokha) Prefectures before arriving at Lhasa. The project will cost 250 billion yuan (about US$36.88 billion).

Construction has already been underway for sometime from the two ends of the railway, including the section between Lhasa and Nyingchi. The report said the other end section, which is between Chengdu and Ya’an, will open in Jun 2018. And it added that the feasibility study on the section between Ya’an and Kangding has been completed.

The report said the section between Kangding and Nyingchi within TAR is the most difficult and longest and was still under design. Nevertheless, its construction is expected to begin in 2019 and could take about seven years, the China Railway Eryuan Engineering Group Co Ltd., which is designing the railway line, was cited as saying.

The report said the Sichuan-Tibet Railway will be a major line in the western China rail network, connecting the TAR and more developed central and eastern regions of China. On completion, the trains on this line will travel at a speed of 160 to 200 km per hour. The travel time by train from Chengdu to Lhasa will be cut from 48 hours to about 13 hours, the report added. 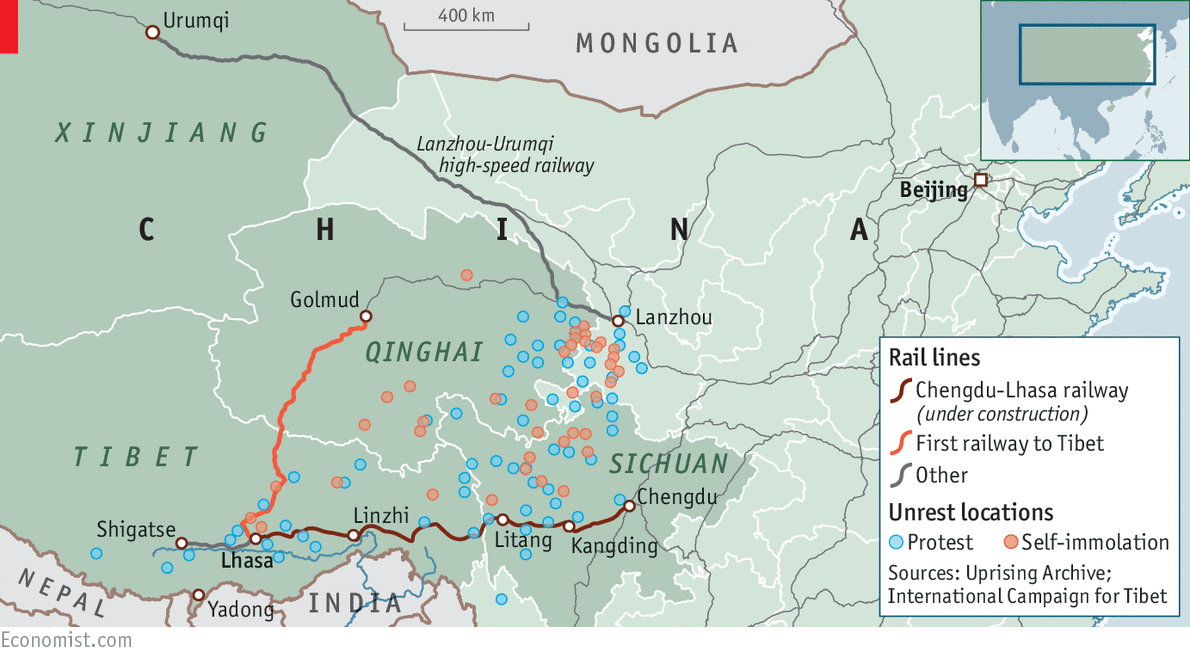