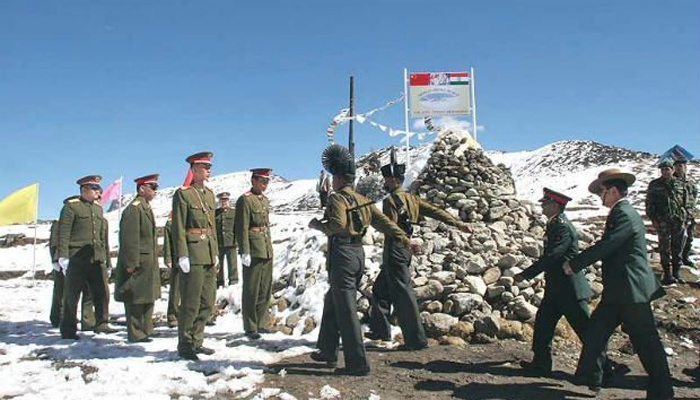 (TibetanReview.net, Oct28, 2014) – China on Oct 27 asked India to refrain from taking any action that may “complicate or exaggerate” the boundary issue after the latter announced plans to construct 54 new border police outposts with 12,000 personnel in Arunachal Pradesh.

Claiming that China’s position on China-India boundary question was consistent and clear, its Foreign Ministry Spokesperson Hua Chunying said, “We are committed to finding a solution to the boundary question with the Indian side through friendly negotiation as soon as possible and working together to safeguard peace and tranquillity along the border.”

“Pending the final settlement of the boundary question, we hope that the Indian side could refrain from taking any action that may complicate or exaggerate the question,” India’s PTI news agency Oct 27 quoted Hua as saying in an e-mail response.

India’s plan involves recruiting 12,000 new personnel in Indo-Tibetan Border Police (ITBP) to bolster the force’s presence along this strategic frontier. India’s Home Minister Rajnath Singh had announced an “in- principle” sanctioning of the new border outposts in Arunachal Pradesh during the forces’ Raising Day event the week before. The new battalions will be raised in a phased manner over a period of five years. The new outposts will reduce the large gaps in the current 30 ITBP border posts along the Line of Actual Control (LAC).

Arunachal Pradesh has a total of 1,126 km international border with Chinese ruled Tibet, second in length after Jammu and Kashmir which has a 1,597 km long frontier. India currently has 142 border posts along its 3,488 km long frontier, including along the borders of Himachal Pradesh (200 km), Uttarakhand (345 km) and Sikkim (220 km states.

The ITBP currently has 62 battalions and its total strength is close to 62,000 personnel and officers.