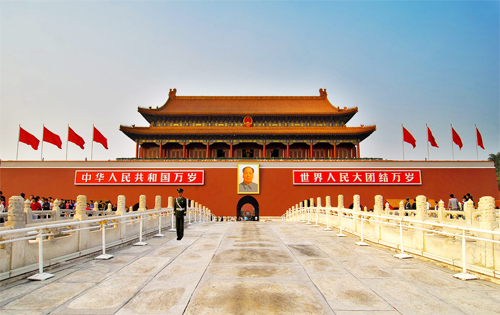 (TibetanReview.net, May30, 2016) – Calling the funding of democracy and human rights promotion activities subversion, China on May 20 called its adoption on Apr 28 of a law requiring all overseas NGOs operating in the country to be registered and regulated by central or provincial-level police authorities both “important and imperative”. “For those organizations that attempt to subvert China’s political power, undermine China’s national security and impair China’s national and public interests on Chinese territory, the Chinese government will hold them accountable in accordance with the law,” China’s foreign ministry website May 20 quoted spokesperson Hua Chunying as having said at a Regular Press Conference.

As to what China considers subversive, its official gobaltimes.cn said May 24, “The NED (the US congress-funded NGO National Endowment for Democracy) is famous, or infamous, for promoting democracy, as it claims.” The report considered NED’s funding activities suspicious because “though administered as a private organization, its funding mostly comes from Congress appropriation.”

And relying entirely on an asahi.com report May 18, the report said, “of all the foreign NGOs that boast high degrees of transparency, the NED has been criticized for lack of openness and so have these anti-China organizations it keeps funding.” However, asahi.com has since corrected its report to say on May 28, “Since its founding in 1983, the NED has published an annual listing of all of its grants both online and in a printed annual report, all of which are available to the public.”

The Globaltimes.cn report had gone on to say: “The existence of NED-styled NGOs, which are fomenting social instability under the cover of democracy and human rights, deserves particular attention of non-Western countries. China was thus driven to formulate a management law for foreign NGOs this April.”

The asahi.com report had said the NED had, since its founding, provided a total of $96.52 million to at least 103 groups in China involved in the democracy movement or active in improving the human rights situation there. It had added that of that amount, $6.25 million went to groups affiliated with Tibet and $5.56 million to groups backing the Uighur cause, including the World Uyghur Congress and the Tibetan Youth Congress, “both of which are regarded by the Chinese government as terrorist groups”.

Because China does not recognize the legitimacy of any opposition to or criticism of its rule and policies, it considers all its critics and opponents as either subversives or terrorists.

Nevertheless, NED President Carl Gershman has told asahi.com, “While Chinese authorities have strengthened their suppression, it will be important to continue providing support to groups fighting for human rights and the protection of the interests of ethnic minorities so those groups do not become isolated.”