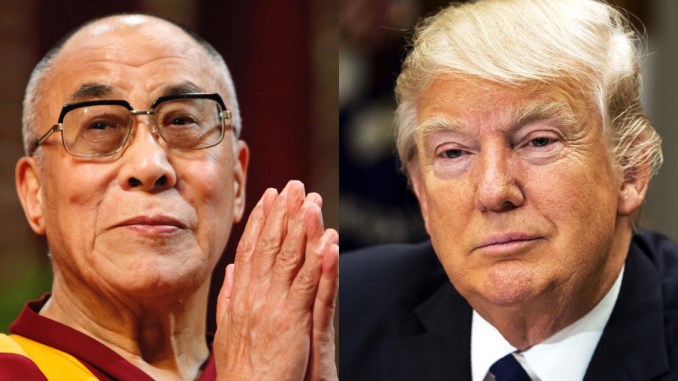 (TibetanReview.net, Jun10, 2017) – The United States would abolish funds to the Tibet Fund and Ngawang Choephel Fellowship programs from its 2018 annual budget and it seems that the Dalai Lama may be hard to receive an invitation to the White House in the near future, said China’s online Tibet news service eng.tibet.cn Jun 9, citing the country’s party mouthpiece-owned Global Times newspaper.

The report cited the Global Times article as saying these two programmes “are essentially for the US government to assist Tibetan separatists to divide Tibet from China, advance and protect America’s interests.”

The report noted, however, that after the two funding programmes got canceled, “the Dalai Lama clique will still get an expected assistance of at least $7 million USD from Congress of the United States”.

The report also cited the Deutsche Welle Chinese Network as saying, citing “a senior official in the so-called Tibetan ‘government-in-exile’”, that the Dalai Lama was supposed to visit the US in April this year, but the trip had been delayed.

It cited the unnamed senior official as saying that the Dalai Lama’s office had failed to contact Trump to arrange a meeting despite having frequently said that the new US president should meet with the Dalai Lama.

The report cited analysts, who it did not name, as saying that despite pressure from some Congress members supporting Tibet independence and frequent calls from “some so-called human rights organizations” for Trump to support Tibet independence, the president had so far not publicly issued any opinion on the affairs of Tibet.

The report cited the Deutsche Welle Chinese Network report as saying President Trump had repeatedly been friendly towards China since he took office. And it concluded that it seemed that “the Dalai Lama may be hard to receive an invitation to the White House in the near future.”