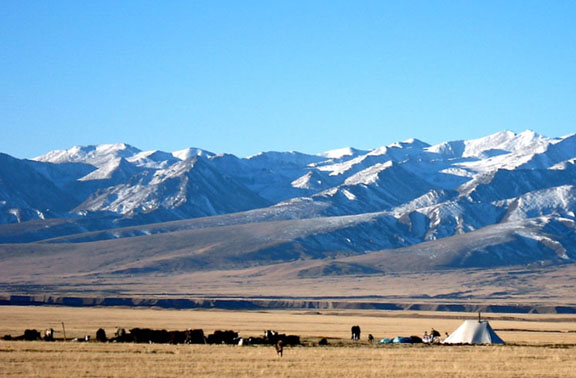 (TibetanReview.net, Jun17, 2017) – China’s claim of having forced Tibetan nomads to move to fixed township settlements in order to be able to provide them with health and education facilities as well as modern residential amenities appear to have fallen flat with a section of such nomads having now been ordered to go back to their old homes minus their already greatly reduced herds of animals. Residents of Dzatoe and Domda towns in Yulshul (Chinese: Yushu) Prefecture of Qinghai Province have been told their homes were to be demolished to make way for development as a tourist centre and housing for government employees, reported the Tibetan Service of Radio Free Asia (Washington) Jun 15.

These were new resettlement towns especially built to accommodate the Tibetan nomads some two years ago amid claims about their being for the great benefit of the local people. At that time the Tibetans were allowed to keep only some of their herds of animals. Now they have been told to get back to their old homes in the grasslands, but without their animals, according to the report.

Demolition work was reported to have already started in Dzatoe Town while residents of Domda Town have been told to move out just recently. The report said the government was not providing any financial help to facilitate the erstwhile nomads’ move back to their former homes.

Some families were reported to have already moved out while others have stayed put, still hoping for some sort of government help for their re-resettlement.

The vacated towns are said to be known for their natural scenic beauty and good supplies of water and electricity.