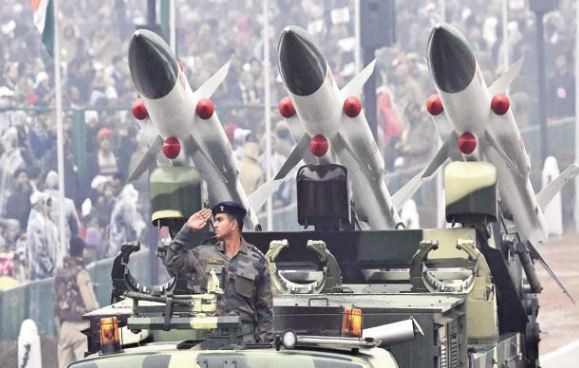 (TibetanReview.net, Jun06, 2017) – India’s prospect for joining the Nuclear Suppliers Group (NSG), a 48-nation body governing the supply of nuclear materials and technology, already bleak due to China’s staunch opposition, has become even more remote with Beijing saying it had become “more complicated” under the “new circumstances”, reported India’s PTI news agency Jun 5. China has not explained, however, why it had become more complicated, nor what the new circumstances were.

“About the Nuclear Suppliers Group (NSG) it is a new issue under the new circumstances and it is more complicated than the previously imagined,” the report quoted China’s Assistant Minister of Foreign Affairs Li Huilai as telling a media briefing. Li has not elaborated on what the new circumstances and complications were. Rather, he has reiterated, “China supports the NSG to have consultation for reaching non-discriminatory and universally applicable solution, applicable to all members of the NSG.”

China’s demand is that the NSG, which takes decision on admission of new members by consensus, adopt a two-step approach: that the NSG members first arrive at a set of principles for the admission of non-NPT states into the NSG and then move forward discussions of specific cases.

China has been blocking India’s membership in NSG while being seen as supportive of the bid of the latter’s arch-rival Pakistan. India otherwise enjoys the support of the vast majority of the NSG members, including the USA.

Last month, Chinese Foreign Ministry spokesperson Hua Chunying, when asked about the chances of India’s admission into the grouping during this month’s plenary session expected to take place in the Swiss capital Bern, had said, “China’s position on the non-NPT members’ participation in the NSG has not changed.”

India’s Prime Minister Narendra Modi and Chinese President Xi Jinping are expected to meet on the sidelines of the Shanghai Cooperation Organisation (SCO) summit to be held at Astana, Capital of Kazakhstan, over Jun 8-9, although officials have said this has not been confirmed. The highlight of the SCO summit is the admission of India and Pakistan as new members of the organization.

The SCO, which comprises China, Kazakhstan, Kyrgyzstan, Russia, Tajikistan and Uzbekistan, acts as China-dominated security group focusing on Central Asia. India and Pakistan till now had the status of observers, along with Afghanistan, Belarus, Iran and Mongolia in the group.