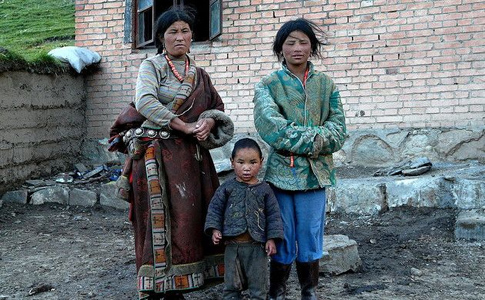 (TibetanReview.net, Aug16, 2017) – China says it had relocated 77,000 poor people in the Tibet Autonomous Region last year and moved 150,000 rural residents out of poverty. China has been accused in the past of relocating Tibetan farmers against their wishes and to new homes which were not necessarily better and which put them in heavy debts.

Statistics showed that Tibet had around 590,000 rural poor by the end of 2015, reported China’s official chinadaily.com.cn Aug 15. It added that the government planned to help at least 130,000 rural people cast off poverty and relocate 163,000 residents in 2017.

“This year is a key period for Tibet’s war against poverty. We will continue mapping out policies and plans in accordance with varying situations and causes of poverty and increasing funds,” Lu Huadong, deputy director with the office, was quoted as saying.

The report put the people living in poverty across the People’s Republic of China at the end of 2016 at 43 million, with the aim being to help all of them out of poverty by 2020.