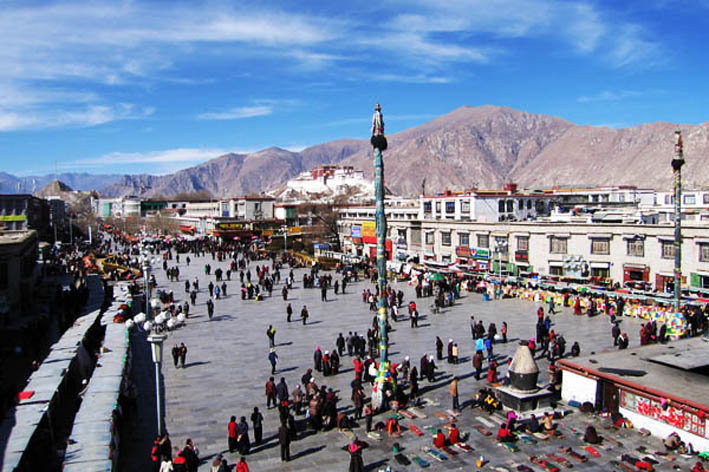 (TibetanReview.net, Feb14, 2015) – China said Feb 12 that it had reduced the number of people living below the poverty line in Tibet Autonomous Region by about 30 percent in 2014. However, apart from claiming that the regional government had spent 1.77 billion yuan (US$ 288.6 million) to support poverty reduction efforts during the year, up 13 percent year-on-year, nothing was stated on how this was achieved on the ground.

The report cited Hu Xinsheng, head of the TAR Poverty Alleviation Office, as saying some 130,000 people were lifted out of poverty in 2014, meaning their annual earnings exceeded the threshold of 2,300 yuan (US$ 375) per year for a household.

Hu has said that this year 1.88 billion yuan will be invested by the regional government to lift another 80,000 people out of poverty. The report did not explain how this money will be spent, including in terms of raising the productive capital and capacity of the Tibetans in the farming and pastoral sectors.