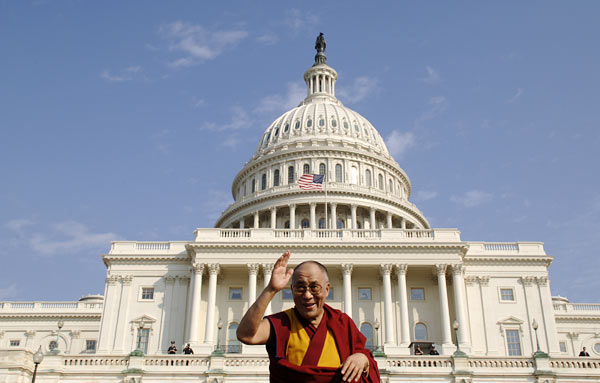 (TibetanReview.net, Jan30’20) – China has expectedly slammed the US on Jan 29 for its House of Representatives passage of the Tibetan Policy and Support Act of 2019, calling it a “severe breach of international law and basic norms governing international relations” and contending it “grossly interfered in China’s internal affairs”. Issuing an online statement expressing “indignation and firm opposition”, China’s Foreign Ministry spokeswoman Hua Chunying has said the legislative measure, passed by the House the day before, sent a wrong message to “Tibet independence” forces.

The bill, among numerous other things, lays out a road map for sanctions on Chinese officials who interfere in the Tibetan people’s religious right to determine the succession and reincarnation of the Dalai Lama. It also acknowledges the Central Tibetan Administration at Dharamsla, India, as the only truly representative body of the Tibetan people.

Reiterating China’s rejection of all criticisms of its decades long gross and systematic violations of civil and political rights as well as socio-economic repression of the Tibetan people, Hua has said the Tibet issue had “nothing to do with ethnic groups, religion or human rights,” insisting that it is “a major issue of principle related to the sovereignty and territorial integrity of China.”

She has demanded that the US “grasp the highly sensitive nature of Xizang-related issues, correct its mistake and stop interfering in China’s domestic affairs.”

People of all ethnic groups in the Xizang Autonomous Region endorse wholeheartedly the policies of China’s central government and the regional government, fmprc.gov.cn, the website of China’s Foreign Ministry, quoted Hua as saying.

The bill now needs to be passed by the Senate before it could become law by President Donald Trump’s signature.