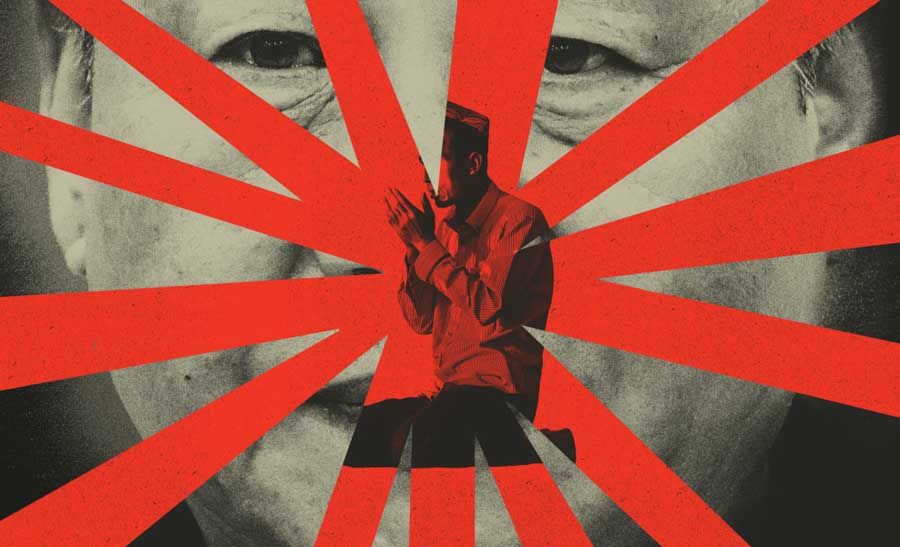 (TibetanReview.net, Jan01’20) – China is to implement new measures from Feb 1, 2020 under which religious organizations must “spread the principles and policies of the Chinese Communist Party” by educating “religious staff and religious citizens to support the leadership of the Chinese Communist Party,” reported asianews.it Dec 31,citing China’s official Xinhua news agency Dec 30.

Also, all activities, rallies, programs of religious communities must obtain approval from the Religious Affairs Office.

The report said the text of the “Administrative measures for religious groups” published by Xinhua consisted of six chapters and 41 articles dealing with the organization, functions, offices, supervision, projects and economic administration of communities and groups at both national and local levels. It said every aspect of the life of religious communities – from formation and gatherings to annual and daily projects – would be subject to approval by the government’s religious affairs department.

In particular, the new measures are stated to require religious personnel to support, promote and implement total submission to the Chinese Communist Party from among all members of their communities.

The report quoted Article 5 of the new measures a saying that “religious organizations must adhere to the leadership of the Chinese Communist Party, observe the constitution, laws, regulations, ordinances and policies, adhere to the principle of independence and self-government, adhere to the directives on religions in  China, implementing the values ​​of socialism … “.

It also quoted Article 17 as demanding even more: “Religious organizations must spread the principles and policies of the Chinese Communist Party, as well as national laws, regulations, rules to religious personnel and religious citizens, educating religious personnel and religious citizens to support the leadership of the Chinese Communist Party, supporting the socialist system, adhering to and following the path of socialism with Chinese characteristics …”.

Given the overwhelming sweep of the new measures, the report quoted an unnamed Chinese Catholic priest as commenting: “In practice, your religion no longer matters, if you are Buddhist, or Taoist, or Muslim or Christian: the only religion allowed is faith in the Chinese Communist Party.”