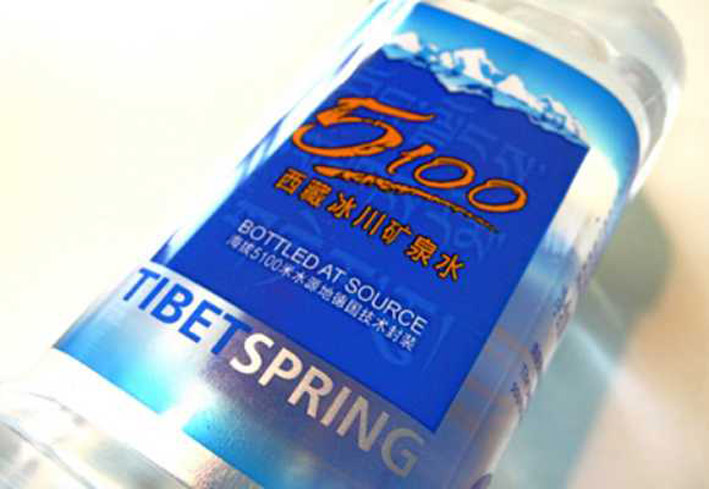 (TibetanReview.net, Nov29, 2014) – If global warming is melting the Himalayan glaciers at an unprecedented rate, China does not seem to be helping matters very much as it seeks to see more than 5 million metric tons of it melted over the next three to five years to be sold as packaged drinking water in both Chinese and overseas markets. The drinking water output during the period could be worth 40 billion yuan (US$ 6.5 billion), China’s official China Daily newspaper Nov 28 cited the Tibet Autonomous Region (TAR) authorities as saying.

With a view to make the natural water industry one of the region’s economic growth engines, the local Chinese government has introduced a raft of measures to attract new investment. These include exemption from all corporate tax for five years, starting from the first year a company starts making profits. Another measure is preferential financing policies for companies registered and founded in the TAR, or enterprises that are registered elsewhere but pay income tax to the TAR. Newly established enterprises will be allowed bank loans at an interest rate that is 2 percentage points lower than the national average. In addition, natural drinking water companies will be offered tax refunds on up to $30 million of imported goods.

The report quoted Miao Wei, head of the Ministry of Industry and Information Technology, as saying: “The ministry will strongly support the growth of the natural drinking water industry in Tibet, allowing the sector to take full advantage of its niche status to lead regional economic growth.”

The report also said the TAR had 27,000 square kilometres of glaciers, accounting for 47.6 percent of the PRC’s total. It added that the region’s per capita water resource was 60 times the PRC’s average.

The report noted that companies registered in the TAR currently pay only 15 percent tax, as part of the PRC’s West Development Strategy.