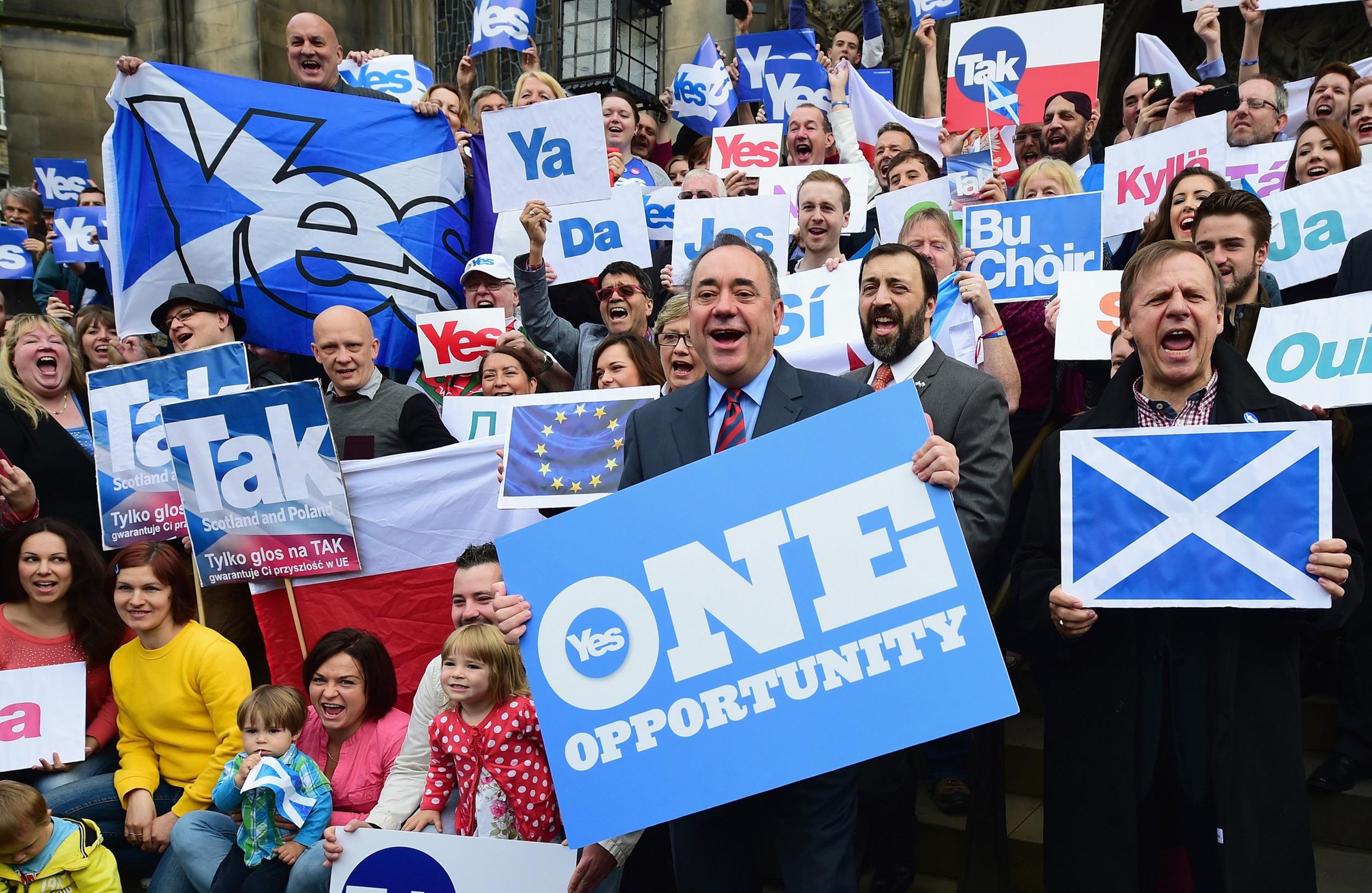 (TibetanReview.net, Sep11, 2014) – China’s official media as poured bitter scorn on Scotland’s upcoming Sep 18 referendum for independence from Great Britain, severely criticizing the very idea of allowing a referendum and the prospect of secession actually happening there. Referring to a recent opinion poll, which for the first time showed a narrow lead for the pro-independence campaign, Global Times, the international English language edition of China’s party mouthpiece, the People’s Daily, said in a commentary Sep 9, “If Scotland gains independence, the UK will descend from a first-class country to a second-rate one”.

The commentary also said, “If Scottish independence happens, (Prime Minister David) Cameron will likely become a ‘sinner’ of history for the UK.” It added that the consequence may even affect international geopolitics.

Underlying the commentary is a bitter disapproval of the very idea of allowing a referendum, which it said had helped to highlight and spread the independent spirit across Scotland. And it added that even if the “No” group aimed at keeping the Union intact wins the vote narrowly, it will in no way mean an end to the Scottish independence campaign.

The commentary took a swipe at the stability of a developed country like the UK, saying, “The Scottish independence campaign also tells us that established developed countries like the UK are far from stable as we previously imagined.”

UK’s Prime Minister David Cameron inked an agreement in Oct 2012 to allow the Scottish parliament to hold a referendum on independence, known as the Edinburgh Agreement. At that time only about 30 percent showed support for independence and Cameron thought the referendum would put an end to the protracted controversy between the “Yes” campaign and the “No” group, the commentary noted with sarcasm.

The commentary is in line with China’s official position. In Jun 2014, Chinese premier Li Keqiang said at a joint press conference with the British prime minister that he wanted a “strong, prosperous and united United Kingdom”, noted a telegraph.co.uk report Sep 9.