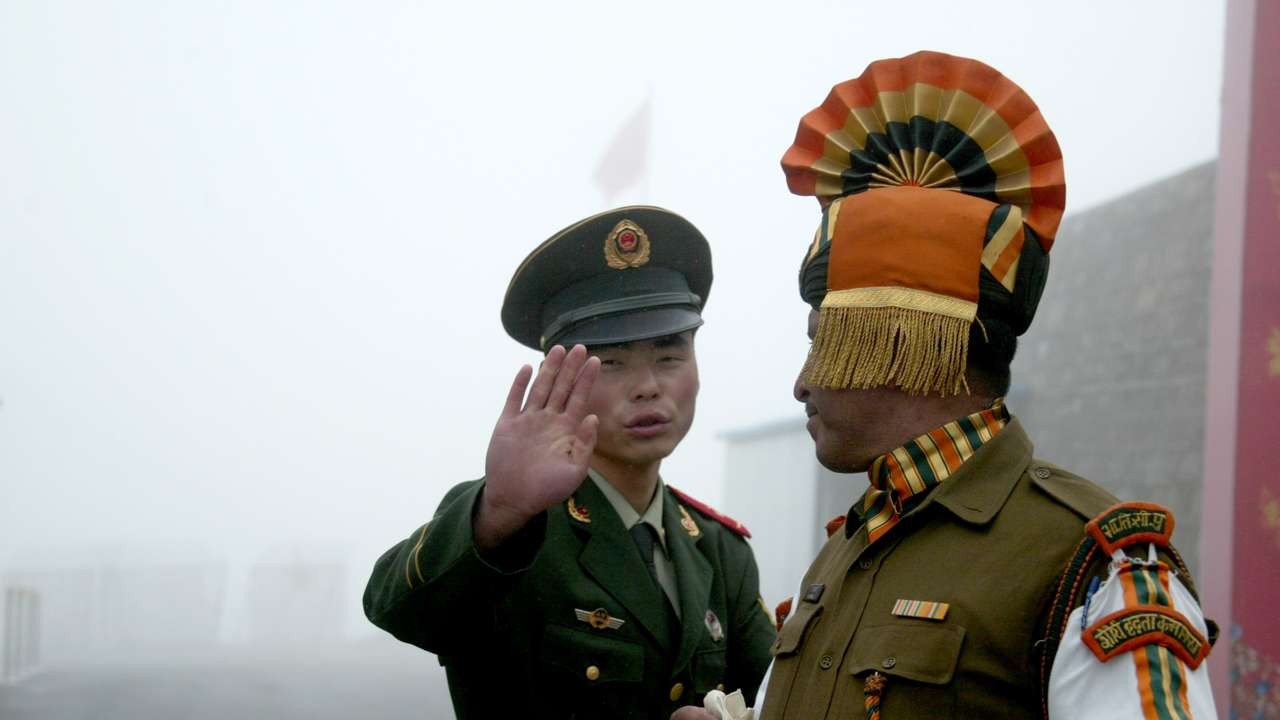 (TibetanReview.net, Jul06, 2017) – China is indicating a threat to go to war with India for continuing to stop it from wresting from Bhutan a piece of strategic territory which is of vital concern to New Delhi as well, according to India’s PTI news agency carried by the tribuneindia.com website Jul 5.

Asked to comment on remarks by the official Chinese media and think-tanks that the conflict can lead to a “war” if not handled properly, Luo Zhaohui, China’s Ambassador to India, has not ruled it out, saying: “There has been talk about this option, that option. It is up to your government policy (whether to exercise military option). The Chinese government is very clear that it wants peaceful resolution at the current state of the situation for which withdrawal of Indian troops is a pre-condition.”

Luo has further said “the ball is in India’s court” and it was for the Indian government to decide what options could be on the table to resolve the standoff.

China and India have been locked in a standoff at Bhutan’s Doklam near the tri-junction with India and Chinese ruled Tibet since Jun 6 after a Chinese army’s construction party came to build a road there, the report noted.

In a demarche issued some days ago, Bhutan said the Chinese were building a road towards its Army camp in Zomplri area of Doklam, that this was a violation of existing agreements between the two sides which had held 24 rounds of talks over it since 1984, and asked Beijing to stop the construction.

China has officially not responded to this demarche, apart from insisting that Doklam, which it calls Donglang – while India calls it Doka La – belongs to it on the basis of an 1890 colonial deal with the British without the involvement of Bhutan, Sikkim and Tibet, all independent countries at that time.

Meanwhile , a day after China warned India that it will offer “no compromise” on the stand-off at the Sikkim border, its state-run Global Times newspaper declared Jul 5 that New Delhi should either withdraw its troops “with dignity or be kicked out”.

The paper said in an editorial that India will confront “greater losses” than in the 1962 war if it “incites” border clashes with China.” It also urged that India “should be taught a bitter lesson.”

Also, an article, posted Jul 4 in the opinion section of China Military Online, the English news website of the PLA, Wang Dehua, head of the Institute of South and Central Asia, Shanghai Institutes for International Studies, wrote: “those in India who still uphold ‘confrontation’ in this event should be fully aware of the fact that if a solution isn’t reached through diplomatic or military communication or the issue isn’t handled properly, another armed conflict between China and India is not completely out of the question”.

He has said Indians should not misjudge “India’s strength and China’s bottom line, otherwise it will shoot itself in the foot”.

He has also indulged in a bit of a baseless boating in recalling a 1967 conflict. He wrote: “With the conflict at Nathula and Daggi in September and October 1967 respectively reaching a peak, … the Indian side assigned its No 112 mountain infantry brigade and No 17 artillery brigade to attack Chinese troops stationed at Nathula mountain pass on the China-Sikkim border. In self-defense, Chinese troops launched two destructive counterattacks against the Indian side,” Wang wrote.

But the HindustanTimes.com Jul 5 pointed out that it was widely accepted that Indian troops gave the Chinese a bloody nose in the clashes of 1967, killing some 300 to 400 Chinese soldiers while losing about 80 soldiers. 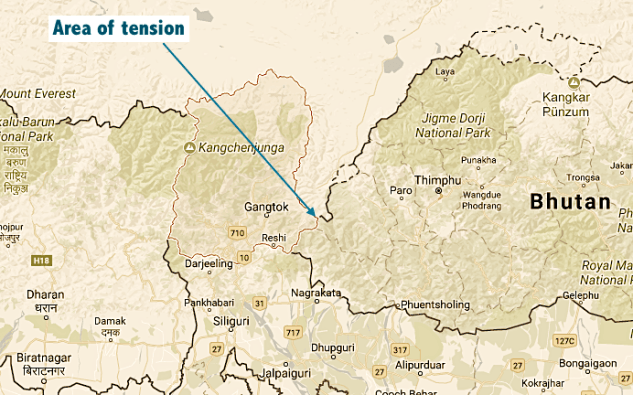 The remote area where the standoff continues is strategically vital to India because it is a narrow sliver of land – called the “chicken’s neck” – that connects its seven northeastern states to the rest of the country.