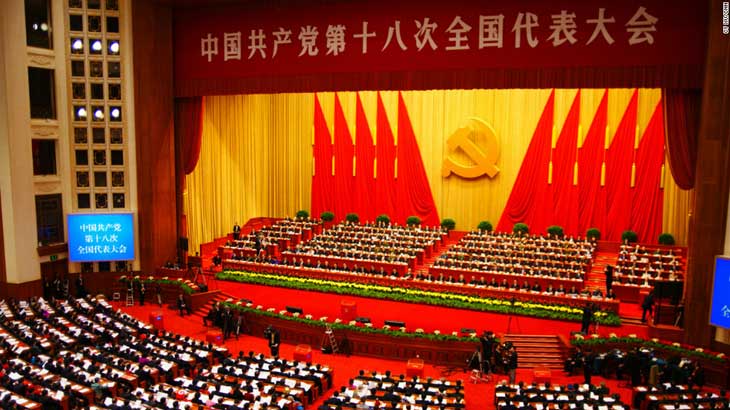 (TibetanReview.net, Oct14, 2017) – Ahead of the opening on Oct 18 of its five-yearly national congress, the Communist Party of China has warned its 89 million members to remain true to their creed of atheism, reported Reuters, citing a commentary in the party mouthpiece People’s Daily Oct 12. The commentary was said to refer especially to the worship of Buddha, besides other ‘superstitious’ practices such as believing in soothsaying and geomancy.

The commentary was said to warn party officials not to “pray to God and worship Buddha” for the reason that communism was about atheism. Superstition is at the root of many corrupt officials who fall from grace, it was cited as saying.

China is officially an atheist state in keeping with the fundamental stand of its sole governing party but constitutionally guarantees freedom of religion to its citizens for major belief systems like Christianity, Buddhism and Islam. However, party members are required to be atheists and are especially banned from participating in what China calls superstitious practices like visiting soothsayers.

Nevertheless, the commentary was cited as saying, it was not uncommon over the past few years to see officials taken down for corruption to have also participated in “feudalistic superstitious activities”.

“In fact, some officials often go to monasteries, pray to God and worship Buddha,” the commentary was quoted as saying. “Some officials are obsessed with rubbing shoulders with masters, fraternizing with them as brothers and becoming their lackeys and their money-trees.”

The commentary was said to point to the example of Li Chuncheng, a former deputy party chief in Sichuan who was jailed for 13 years in 2015 for bribery and abuse of power. He was reportedly an enthusiastic user of the traditional Chinese geomancy practice of fengshui.

Another much more junior official, in the southern province of Jiangxi, was stated to have worn charms to ward off bad luck. “As an official, if you spend all your time fixating on crooked ways, sooner or later you’ll come to grief,” the commentary was stated to warn.

The report said that in one of the most famous recent cases, China’s powerful former internal security chief Zhou Yongkang was jailed for life in part due to accusations he leaked undisclosed state secrets to a fortune teller and healer called Cao Yongzheng, known as the “Xinjiang sage” after the far western region where he grew up.

The People’s Daily commentary was stated to call on officials that they must remember Marx’s guiding words that “Communism begins from the outset with atheism”. It was reported to describe superstition as “thought pollution and spiritual anesthesia that cannot be underestimated and must be thoroughly purged.”