(TibetanReview.net, Sep29’19) – The Communist Party of China has marked the 70th anniversary of its founding on Oct 1, 1949 of the People’s Republic of China by issuing what will be seen by many as a big lie. It has issued an 18,400-word white paper claiming it had not invaded a “single square of foreign land” nor provoked a “single war” in the past 70 years.

The white paper, “China and the World in the New Era”, issued on Sep 27 by the State Council Information Office said, “China safeguards world peace through real action. Over the past 70 years, China has not provoked a single war or conflict, nor invaded a single square of foreign land.” 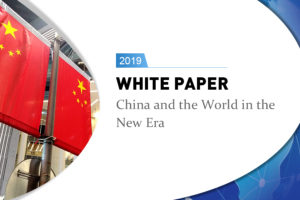 Xu Lin, deputy head of the Publicity Department of the Communist Party of China Central Committee and minister of the State Council Information Office, said the document details the relations between China and the rest of the world to help the international community better understand China’s development, reported China’s official chinadaily.com.cn Sep 28.

In fact, the PRC is not only in occupation rule in East Turkestan (Xinjiang), Inner Mongolia and Tibet but had also launched at least three other wars. These included the invasion of the Korean Peninsula in the name of Chinese People’s Volunteer Army in Oct 1950, the aggression against India in late 1962 and invasion of Vietnam in Feb 1979.

And the heraldpublicist.com pointed out Sep 27 that China claims sovereignty over all of South China Sea with Vietnam, Malaysia, the Philippines, Brunei and Taiwan having counter claims over sections of it.