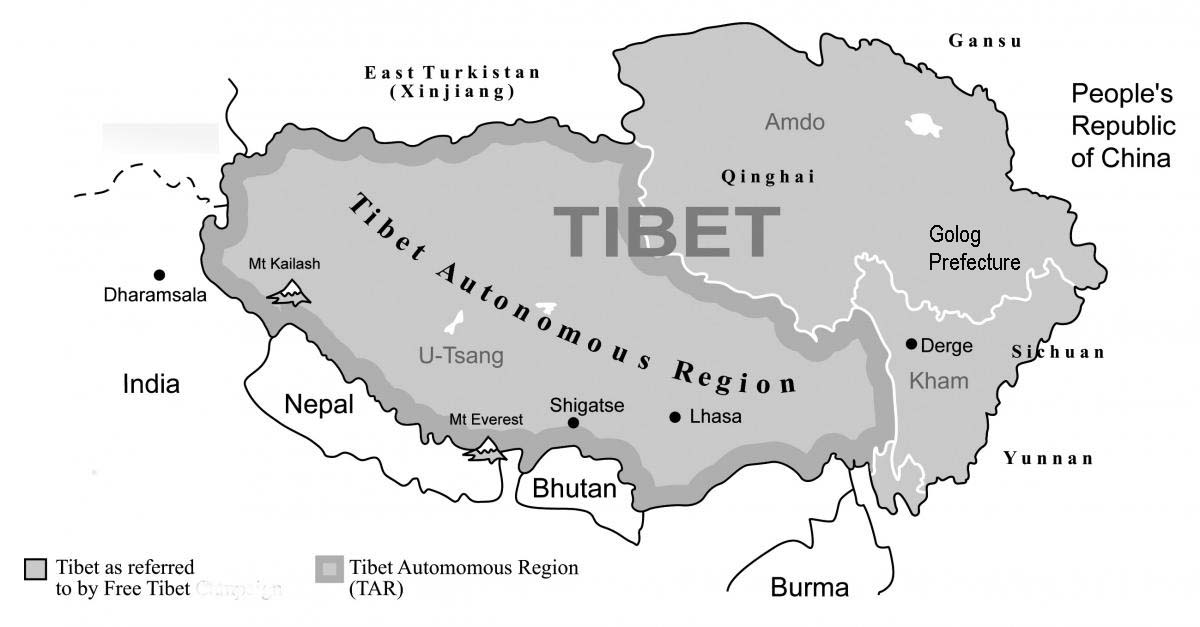 (TibetanReview.net, Dec 21, 2014) – Chinese police were reported to have beaten a young Tibetan man to death recently after detaining him, with other Tibetans, for refusing to vote for a candidate favoured by the authorities in a local election in Darlag (Chinese: Dari) County of Golog (Guoluo) Prefecture, Qinghai Province. Reports say 22-year-old student Karmey was brutally beaten by police on Dec 10 while in detention and died the next day in a hospital.

Karmey was among more than a dozen Tibetan villagers taken into custody by the police on Dec 7 following a dispute between the county authorities and the local villagers over candidates for the election of a Tagthag Township leader. Officials insisted that a man named Tenkyab favoured by them be elected, but the villagers disagreed. They wanted to vote for another candidate, named as Lokar, a man with 16 years’ experience.

A verbal clash ensued. An official named Rinchen Tso attacked two villagers, named as Tsephel and Tsekyab, grabbing them by their hairs and beating them, which escalated the situation. It ended with the Chinese police taking away more than a dozen villagers, including those named as Tashi, Lokel, Ghangha and Ghangdo.

Tibetans were now reported to be protesting in front of the county government offices, demanding justice for Karmey.

In a slightly different version of the incident, Radio Free Asia (Washington) Dec 19 said Karmey was detained after he was found using a phone somewhere near the police station. It said he was detained, severely beaten, and died on Dec 7 itself. It added that his body was returned to his family on Dec 8, with a compensation of 10,000 yuan (U.S. $1,607), and a promise of a further payment of 70,000 yuan.

The election dispute remained unresolved, although the government backed candidate was now functioning in office, the report said.