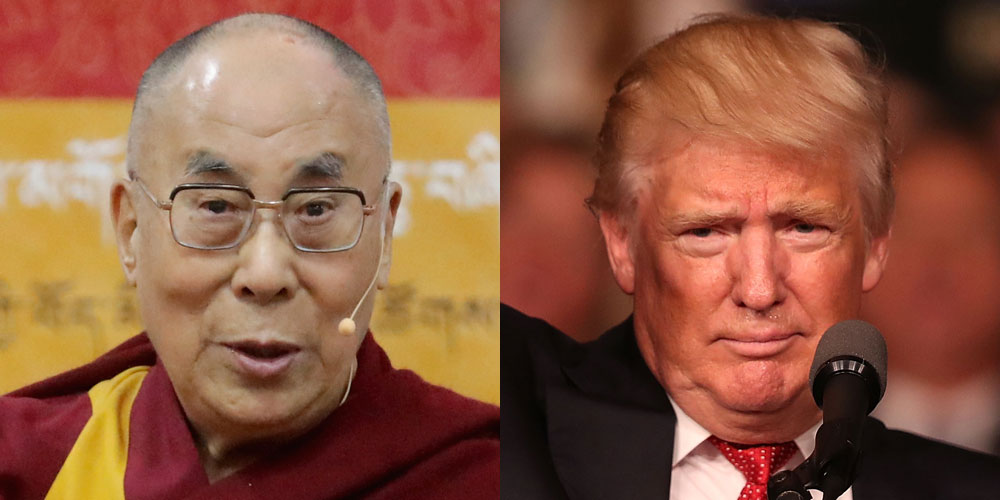 (TibetanReview.net, Jan19, 2017) – Michael Pillsbury, a China advisor to Donald Trump and author of several books on the country, has on Jan 17 angrily denied reports that the US President-elect had turned down a request for a meeting by Tibet’s exiled spiritual leader, the Dalai Lama. In fact, he was stated to have expressed support for such a meeting taking place.

Within hours of India’s The Hindu newspaper saying he had “revealed” during a visit to China that Trump had declined the Dalai Lama’s request for a meeting, “signaling the new administration’s openness to a policy review on Tibet”, Pillsbury tweeted to call it a fake news and demanded that its author, the newspaper’s Associate Editor (China) Atul Aneja, retract it. He also called the claim anti-Trump.

The Hindu newspaper based its claim on a report which appeared in the pro-Beijing Chinese language Hong Kong daily Ming Pao, which in turn attributed this claim to China’s CCTV channel which supposedly quoted Pillsbury during his visit to China where he addressed a Jan 14 forum, assessing China-US relations under a Trump presidency.

Participating in that forum with Chinese experts, Pillsbury had touched on six issues of most concern to China, namely, the One China Policy, Tibet, China’s border disputes with India, the deployment of the THAAD anti-missile system in South Korea, disputes in the South China Sea and bilateral trade. Significantly, he had made it clear that the three historical communiqués between Beijing and Washington (published respectively in 1972, 1978 and 1982), all of which emphasized the One China policy, were not treaties and, therefore, had to be “refreshed or repeated” by every incoming US president.

The Chinese experts had sought to reject this, saying the ‘one China’ policy was nevertheless binding and the bedrock on which Sino-US relations rested.

Pillsbury had, on Aug 8, 2011, attended the swearing-in-ceremony of the first elected head of the exile Tibetan administration at Dharamshala, India, Sikyong Lobsang Sangay, said the Central Tibetan Administration (CTA) on its Tibet.net web site Jan 18.

What is more, the Tibet.net report quoted Sangay as saying, “Pillsbury wrote me an email last night rubbishing the news and said he supports a meeting between His Holiness the Dalai Lama and US President-elect Donald Trump.”