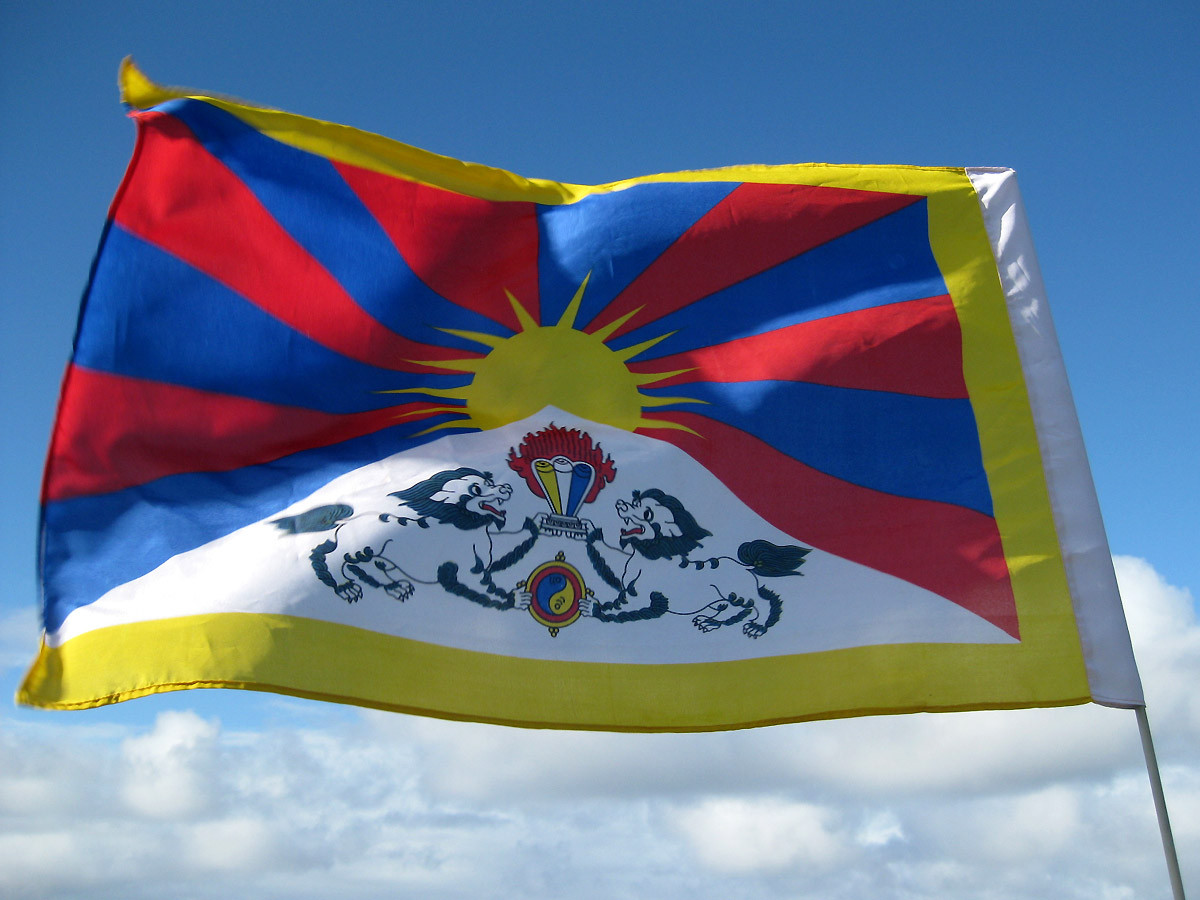 (TibetanReview.net, Oct22, 2016) – Several universities in the Czech Republic have raised Tibetan flags to express their rejection of a joint statement issued Oct 18 by President Milos Zeman, Prime Minister Bohuslav Sobotka and the heads of both houses of parliament which sought to placate China during the visit of Tibet’s exiled spiritual leader, the Dalai Lama, reported the Czech new agency CTK Oct 20.

Initiating the flag hoisting move, Masaryk University Rector Mikulas Bek has said the issuing of the joint statement was similar to the behaviour of the Czechoslovak wartime government towards Berlin and the Czechoslovak communist government towards Moscow. After hoisting the flag on Oct 19, Bek has said that such a communication style was not common in relations between a sovereign state and a foreign power.

Bek was further quoted as saying, “A great part of the university public has been taken aback by the tone of the statement. Like many independent commentators, many academics believe that it goes beyond the standard borders of diplomatic protocol.”

The flag was reported to be likely to fly outside the rector’s office of Masaryk University in Brno until Oct 21. Bek has said the flying of the Tibetan flag was meant to trigger a discussion and reflection on how the interests of the Czech Republic were being represented among the students and possibly also the broad public.

The statement had come after Deputy Prime Minister Pavel Belobradek, Culture Minister Daniel Herman, and the deputy speakers of both houses of parliament met with the Dalai Lama earlier in the day.

The report also cited Palacky University Rector Jaroslav Miller as saying on Facebook that the flag symbolised the strong belief that people could meet anybody, the Dalai Lama including, and talk to them, irrespective of any political and economic interests.

And the Pardubice University, which also raised the Tibetan flag, was quoted as saying, “Preferring economic affairs to human rights is dangerous even for human rights in the Czech Republic.” The university called it especially unfortunate that the joint statement came at the time of celebrations of the 80th birth anniversary of the late president Vaclav Havel.

Likewise, Bohemian University Rector Miroslav Holecek was quoted as saying, “We want to show our students that universities advocate principles of an open democratic society that has high esteem for spiritual values and is not afraid of defending them.”