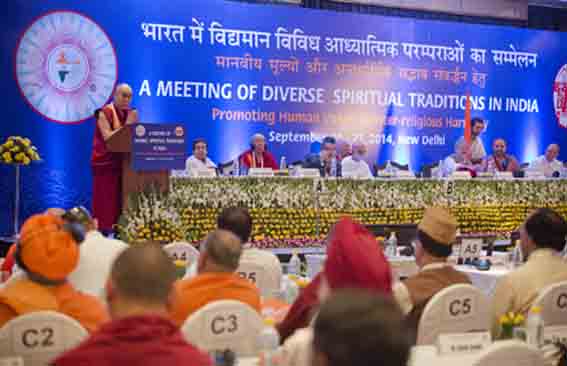 (TibetanReview.net, Sep22, 2014) – Representatives from nine religious traditions from across India began on Sep 20 a two-day meeting hosted by Tibet’s exiled spiritual leader, the Dalai Lama, in New Delhi to discuss working together to address global suffering and ways to bring happiness.

“Followers of all spiritual traditions try in their own ways to overcome the suffering that afflicts beings in the world and to bring about their happiness. However, it would be better if we worked together to fulfil such aspirations,” the Dalai Lama said in prepared statement for the occasion.

Prof Samdhong Rinpoche, Chairperson of the Preparatory Committee for the ‘Meeting of Diverse Spiritual Traditions in India’, made the point that while there has been great progress in terms of scientific and technological developments, the world was beset with violence and damage to the natural environment, which he said was what prompted the Dalai Lama to  convene the conference. 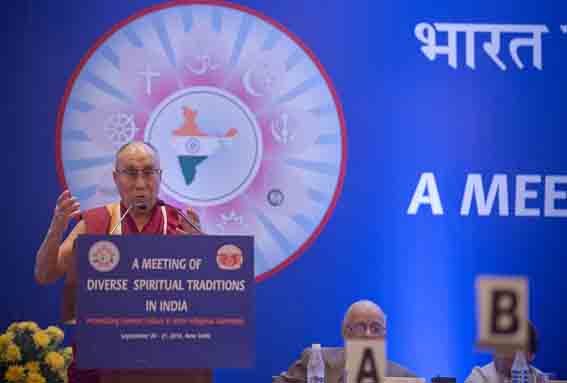 The participants include Ezekiel Isaac Malekar from Judaism, Acharya Mahashraman from Jainism, HE Oswald Cardinal Gracias and others from Christianity, Swami Avimuktetshwaranand Saraswati, Morari Bapu and others from Hinduism, Ms Nazneen Rowhani from the Bahai faith, Prof Manjit Singh from Sikhism, HE Ganden Tri Rinpoche Rizong Rinpoche and others from Buddhism, and Maulana Wahiduddin Khan and others from Islam.

There was a plenary discussion on Inter-religious Understanding and Human Values’ with answering of questions from the floor. A second plenary session was held on Sep 21 with the theme being ‘Environment, Education and Society’. The meeting concluded with the presentation of reports from the four groups formed after each plenary session. 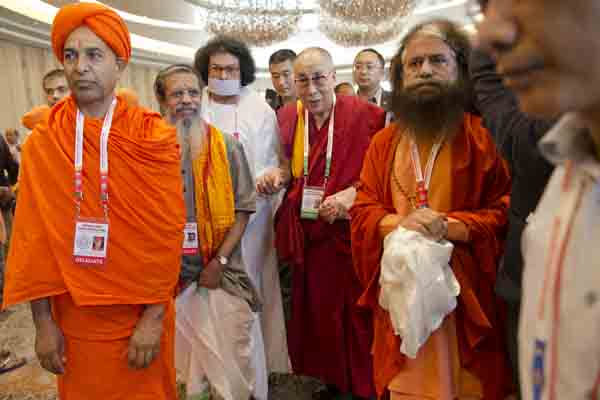