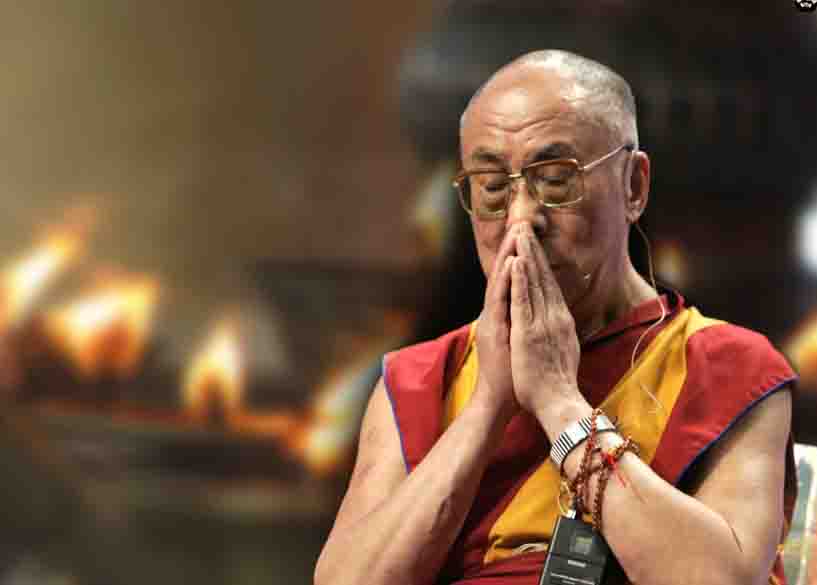 (TibetanReview.net, Oct05, 2016) – The moral authority of Pope Francis had been diminished by his failure to include the Dalai Lama among the world’s religious leaders whom he had invited to pray and witness for peace at the great interfaith meeting in Assisi last month, said an editorial in The Guardian newspaper Oct 2. It said there were representatives of almost every other faith whose followers were engaged in violence: Jews, Muslims, Hindus, Japanese Buddhists, Orthodox Christians, even the archbishop of Canterbury. But the Dalai Lama was not invited.

The exiled Tibetan spiritual leader had to content himself with a small meeting in an obscure Polish town at which all present pledged themselves to peace, the editorial added.

The editorial found the fact that the media almost entirely neglected the news of the Dalai Lama’s exclusion remarkable and sinister.

The editorial noted that The Dalai Lama had been present at the first of the big Assisi meetings, in 1986. The gathering was hugely controversial among religious conservatives because it demonstrated that the Catholic church, under John Paul II, was serious in its efforts to acknowledge the good faith of other religions.

The editorial saw China’s hand behind the Pope’s refusal to invite the Dalai Lama this time. It noted that Pope Francis had most recently refused to see the Dalai Lama in 2014, and that the exiled Tibetan spiritual leader has been persona non grata at the Vatican for many years now.

The editorial noted that the Chinese government had engaged in a long-term power struggle with the Vatican over who should have the right to choose bishops: an old story from European medieval history now played out with an Asian power. Meetings had been going on between the two sides. But occasional media reports of likelihood of a breakthrough have proved to be ill-founded so far.

The editorial noted that getting other governments to snub the Dalai Lama has been an occupation of Chinese diplomats for the last nine years or so, ever since George W Bush awarded him the US Congressional Medal of Honor. It said government after government had quietly cancelled meetings with him. “It is in the interest of no side of these squalid little transactions to publicise them: the host countries look weak and unprincipled, the Chinese spiteful and bullying, and the Tibetans just look powerless,” it added.