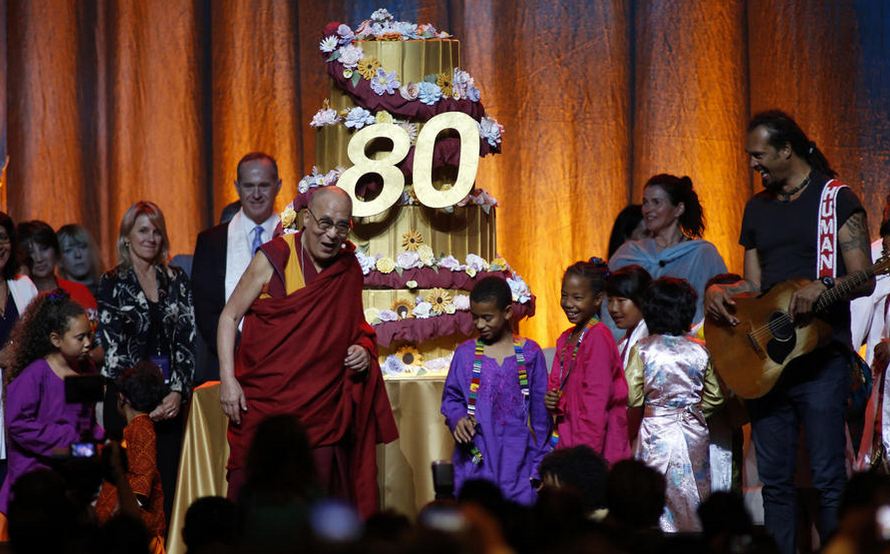 (TibetanReview.net, Jul07, 2015) – Fellow Nobel Peace laureates joined thousands of people at the Honda Center in Anaheim, California, on Jul 5 to celebrate the 80th birthday of Tibet’s exiled spiritual leader, the Dalai Lama. The 1989 Nobel Peace laureate was guest of honor at the Global Compassion Summit at the venue and was to speak on “awakening compassion” and the “transformative power of creativity and art”.

Anti-landmines campaigner Jody Williams, who won the Nobel Peace prize in 1997, sang a snippet of Happy Birthday to him. “He may be a simple Buddhist monk, but he is the most rocking, compassionate simple Buddhist monk I know,” the AFP Jul 6 quoted her as saying.

It also quoted Iranian human rights campaigner and 2003 Nobel Peace prize winner Shirin Ebadi as saying, “Whenever I get tired or I lose hope, I remember you.”

The report said about 18,000 followers packed into the conference center and gave him a standing ovation during the three-hour event, at which he was presented with an eight-foot (2.4-meter) high birthday cake.

Tenzin Dhonden, founder of Friends of the Dalai Lama, has explained that the Dalai Lama did not want any physical gifts; that, to him, that day was just like any other; and that the most beautiful gift to him would be to help create a more compassionate, kind planet.

A fringe group worshipping the controversial 17th century Tibetan spirit called Dolgyal, also known as Gyalchen Shugden, staged a protest outside, shouting epithets against the Dalai Lama and accusing him of having banned the worship of this spirit. 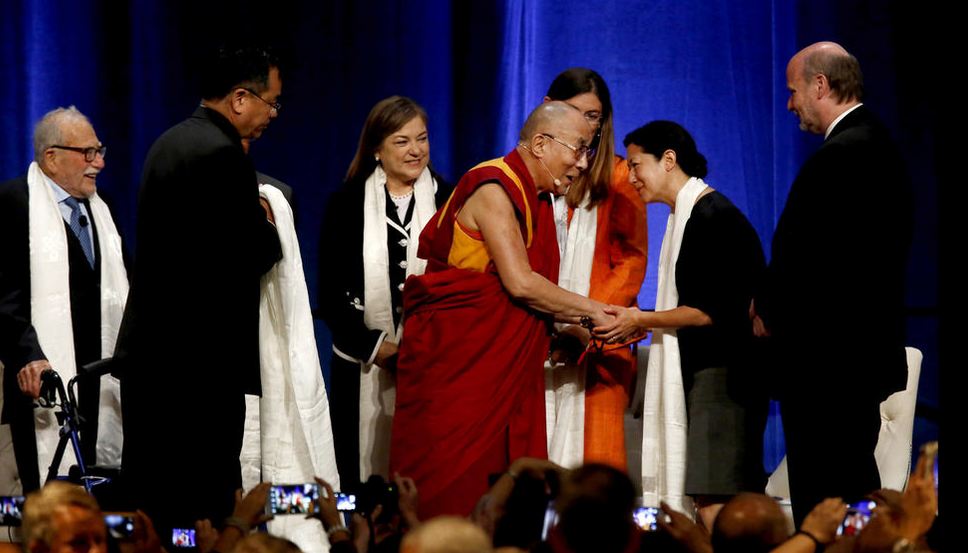