(TibetanReview.net, Feb19, 2015) – Students for a Free Tibet (SFT), an international movement for the restoration of Tibet’s independence from Chinese rule, held campaign actions in 30 cities across the free world on Feb 13 to commemorate the 13th Dalai Lama’s proclamation of a historic declaration more than a century ago. The movement, founded in 1994, has chapters in educational institutions around the world, and focused this year’s commemoration on highlighting the Tibetan national flag.

SFT began marking the day on Feb 13, 2013, the centenary of the 13th Dalai Lama’s proclamation of reaffirmation of Tibet’s independence in an effort to put an end to China’s pretensions before the outside world of being the dominion sovereign power over Tibet. 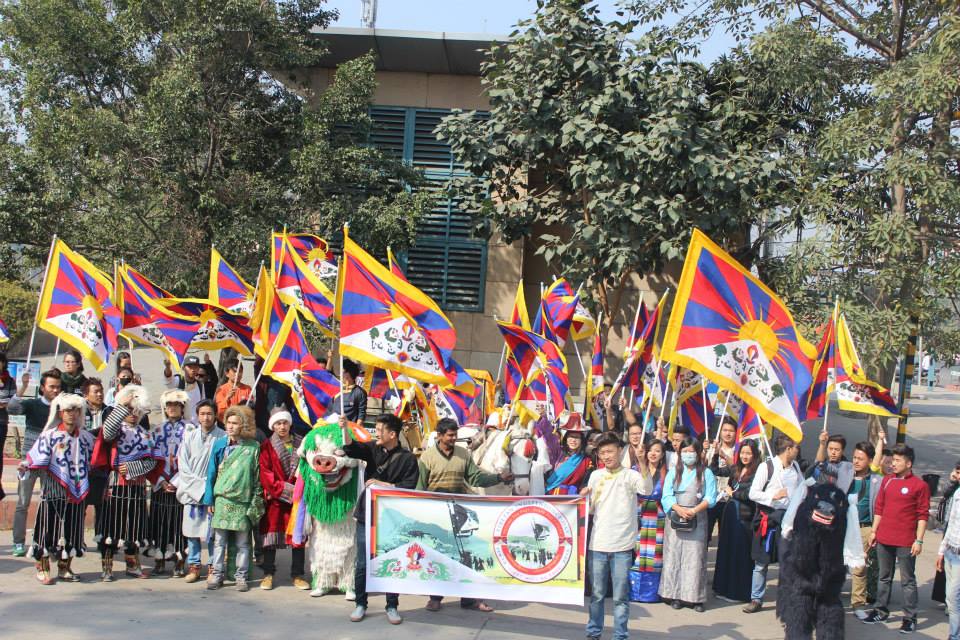 The focus of this year’s commemoration was the Tibetan national flag as a symbol of resistance and of Tibet’s historical status as an independent country.

In India, campaign events were held in New Delhi, Bangalore, and Pune as well. In New Delhi, activists stood by a Tibetan national flag at Rajiv Chowk, one of the busiest metro railway stations in the Indian capital.

The global campaign urged activists and others to pose with the Tibetan flag in unique ways on social networking sites.