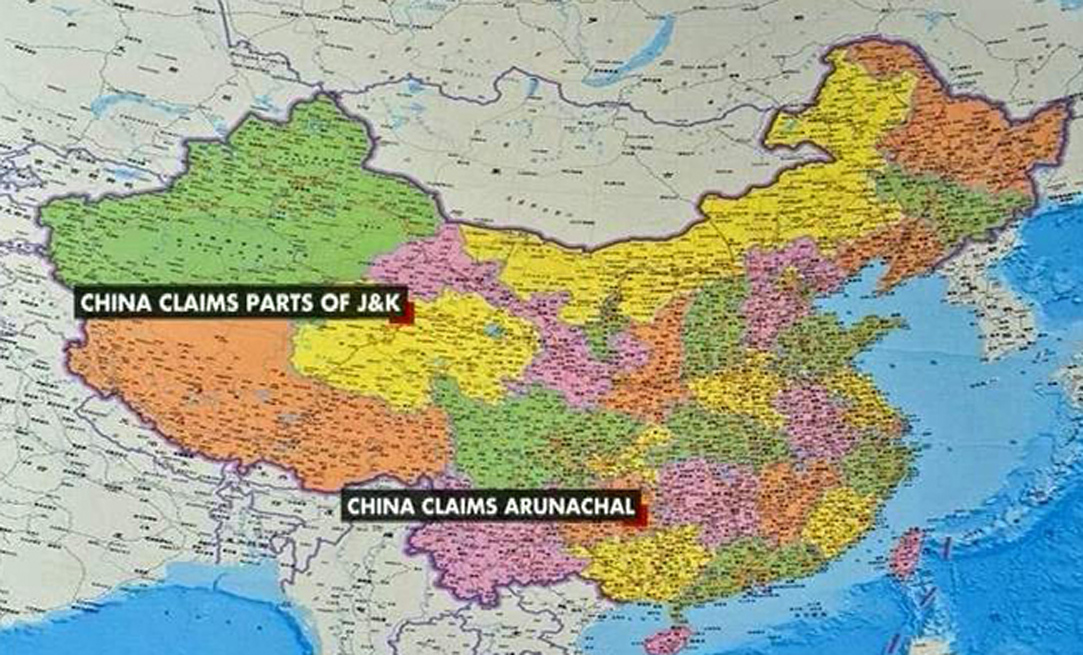 (TibetanReview.net, Jun30, 2014) –Following the publication of a new map on Jun 23 by China, laying claim to vast swaths of land and sea territories from much of its neighbouring countries, India on Jun 28 reiterated its sovereignty over its state of Arunachal Pradesh. The state is claimed by China as southern Tibet and shown as such in the new map which has been widely criticized by other affected countries as well.

New Delhi said the state would remain an “integral and inalienable” part of India and no cartographic depiction of it by China was going to change that reality, reported timesofindia.indiatimes.com Jun 29.

The report quoted India’s foreign ministry spokesman Mr Syed Akbaruddin as saying, “The fact that Arunachal Pradesh is integral and inalienable part of India has been conveyed to Chinese authority at several occasions including at the very highest level.”

Also, the state’s Chief Minister Mr Nabam Tuki while condemning the Chinese claim noted that it was not a new development but wanted New Delhi to talk to China and look for a solution.

Through its new map, China also laid claim to huge swaths of the South China Sea that encompass territories belonging to almost all the Southeast Asian countries.

The map was published by the provincial level Hunan Map Press and it said in an online article during the week that the new map more clearly portrayed the disputed area as under Chinese sovereignty, reported ABC News Jun 27.

The report cited Professor Lee Yunglung at the South China Sea Institute of Xiamen University, China, as saying the map raised the South China Sea issue to a level of prominence equal to China’s decades-long disputes with Japan over the East China Sea and the Senkaku Islands.

Lee has said that by letting a provincial level publisher put out the map, the central government in Beijing was “testing waters.” This gives the government the opportunity to see how other countries would respond and, where necessary, make amendments to mitigate the consequences of its actions, he has added.

Meanwhile, China’s China’s foreign ministry has said people should not read too much into the issuing of the new map. “The goal is to serve the Chinese public. As for the intentions, I think there is no need to make too much of any association here,” indiatoday.intoday.in Jun 28 quoted China’s foreign ministry spokeswoman Hua Chunying as saying during a daily news briefing.

Nevertheless, Hua has reiterated her government’s claims, saying, “China’s position on the South China Sea issue is consistent and extremely clear. Our stance has not changed.”

China claims about 90 per cent of the South China Sea as part of its territory. However, parts of these potentially energy-rich waters are also claimed by the Philippines, Vietnam, Malaysia, Brunei and Taiwan.

Also on Jun 28, China’s official Xinhua news agency reported that President Xi Jinping, Premier Li Keqiang and Vice Premier Zhang Gaoli had on Jun 27 met with representatives attending a national meeting on frontier and coast defense in Beijing. It cited Xi as having urged China’s frontier defenders to meticulously monitor over and control the frontier and to mount actions to defend the country’s maritime right while implementing an overall national security outlook.