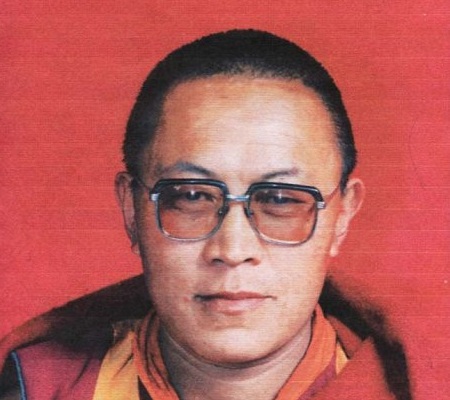 (TibetanReview.net, Jul16, 2015) – Leaders and officials in the USA as well as in the UK and Canada have expressed anger, outrage and sadness over the death in prison on Jul 12 of prominent Tibetan monk political prisoner Tenzin Deleg Rinpoche as a result of obvious gross custodial ill-treatment and neglect by Chinese authorities. In the USA, lawmakers held a moment of silence for him on Jul 14 during a hearing on Tibet at the Tom Lantos Human Rights Commission.

Ms. Sarah Sewall, the State Department’s special coordinator for Tibetan issues, told the commission that she shared the “anger and sadness” of the Tibetan people and the US lawmakers over the death of the monk who was popular in his home county of Nyagchu (Chinese: Yajiang) in Sichuan Province as much for his religious stature as for his works in environmental protection, religious and cultural protection and charitable and other kinds of community works. She said the “horrific self-immolations” of Tibetans in recent years were an expression of their desperation over the deteriorating situation in Tibet.

Hollywood star Richard Gere, the Chairman of Washington-based International Campaign for Tibet, also testified. “The death of Tenzin Delek Rinpoche is a tragic reminder of the injustices endured by Tibetans for exercising their right to religious freedom, and of the grim state of human rights in Tibet,” he said. He called Rinpoche’s death in prison a “stark reminder of who we are dealing with here.”

Earlier, in their opening remarks, Congressmen McGovern and Pitts, the co-chairs of the Commission, said the Chinese government was making a wrong calculation in believing that the Tibet issue will wither away with the passing of the Dalai Lama. McGovern said the US Congress would not forget the issue of Tibet until it is resolved.

Lawmakers expressed regret that US criticisms of China’s policies in Tibet were failing to stop repression of the minority group and called for a tougher policy to pressure Beijing. They called for the return of Rinpoche’s body to his family members for his last rites according to the Tibetan Buddhist tradition.

In the UK, Mr Fabian Hamilton, a member of the UK Parliament and Chair of All Party Parliamentary Group on Tibet, said China had the late lama’s blood on its hands, having disregarded the concerns of the international community over him, flouted universally-accepted norms on legal processes during his case, and having refused medical parole despite his serious illness.

“The death of Tenzin Delek Rinpoche exposes the true nature of the Chinese government’s attitude towards Tibet,” said the UK lawmaker.

In Canada, Andrew Bennett, the country’s Ambassador for Religious Freedom, issued a statement on Jul 13, expressing deep sadness over the news of the prominent political prisoner’s death, remembering him “for his spiritual leadership and his tireless work in providing religious, health and social services to Tibetan nomads.”

He extended “heartfelt condolences to his family and community” and urged China to “return the body of this revered person to his family, and that Buddhist traditions be respected.”

Meanwhile, reports suggest that the authorities had refused to release the deceased lama’s body to his family. His sister Dolkar has told the AP Jul 15 that she feared that the authorities might cremate the monk’s body. They have also not provided the family his death certificate or medical records.