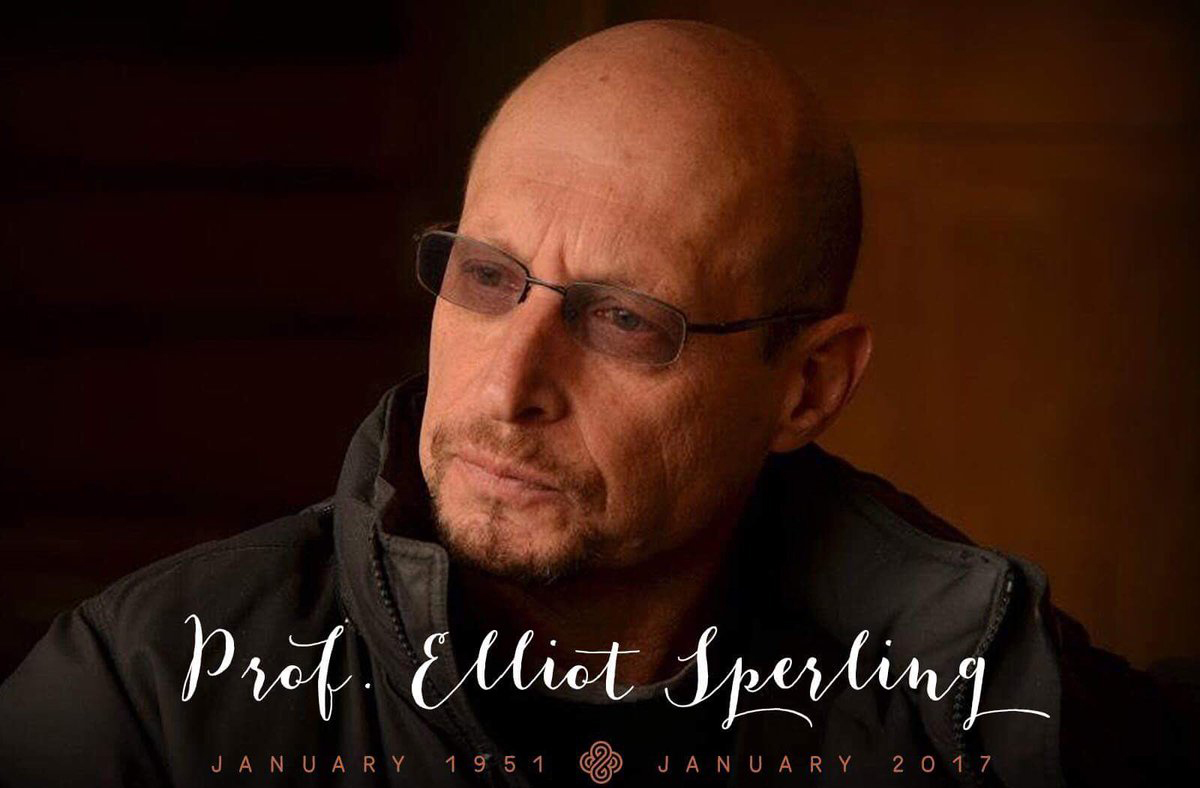 (TibetanReview.net, Feb11, 2017) – The Tibetan Parliament in Exile on Feb 8 called the death on Jan 29 of prominent Tibetologist Professor Elliot Sperling an irreparable loss both for his family and for the cause of Tibet. “The Tibetan Parliament-in- Exile is deeply saddened at the demise of your beloved father Mr Elliot Sperling. Who was one of the prominent Tibetologist who contributed for the cause of Tibet through historical facts,” said the parliament in a condolence message to Coline Sperling.

Well versed in Chinese and Tibetan languages, Prof Sperling was one of the world’s leading historians of Tibet and China-Tibet relations, had spent most of his career as an associate professor at the Indiana University’s department of Central Eurasian Studies. He retired from the university in 2014 but continued his academic pursuits, including with visiting professorships. He had won the MacArthur Fellow when he was 33 years old. He also had stints at other institutions, including Harvard University, the University of Delhi, and the University of Southern Mississippi.

Writing on the huffingtonpost.com Feb 8, New York-based Tibetan Writer, activist and political cartoonist Tenzin Dorjee noted: “Through his seminal writings on Tibet’s relations with China during the Yuan, Ming and Qing dynasties, he became arguably the first historian to extensively use both Chinese and Tibetan sources to bring to light the separation and independence that characterized the relationship between the two nations. Until he came along, Western academics viewed Tibet only through Chinese eyes, largely because they could not access Tibetan sources; Elliot, who was fluent in Tibetan as well as Chinese, upended the old Sino-centric narrative and literally transformed the field overnight.”

Born and raised in New York, Sperling travelled widely during his college years, with India being one of his most frequent destinations. It was during one such visit that he encountered Tibetans in exile for the first time and immediately switched his major to East Asian Studies. His doctoral dissertation ‘Early Ming Policy toward Tibet: An Examination of the Proposition that the Early Ming Emperors Adopted a “Divide and Rule” Policy toward Tibet, in 1983’ was highly received.

He based his research predominantly on original, primary sources in Tibetan and Chinese. His seminal works included ‘The 1913 Tibeto-Mongol Treaty: Its international reception and circulation’, ‘Exile and Dissent: The Historical and Cultural Context’ among truly enormous number of other researches. In 2014, a festschrift in his honour, entitled ‘Trails of the Tibetan Tradition: Papers for Elliot Sperling’, was published by the Amnye Machen Institute in Dharamshala, India. The volume is accessible through the Revue d’Etudes Tibétaines.

A frequent visitor to China, Prof Sperling was on Jul 7, 2014 barred from entering the country for his outspoken in support for the politically imprisoned Uyghur scholar Ilham Tohti.

He had a deep concern for the Tibetan issue and was active in lending his support for it, including through his writings. He had served on numerous boards and committees, including the Tibetan National Congress, which fights for Tibetan independence from Chinese rule and of which he was also a lifetime member.

His expertise was particularly requested on matters of human rights in Tibet, Tibet-China relations, ethnic minorities in China and US-China relations. He had served on the Committee on Religious Freedom Abroad for the US Department of State (1996–99). He had also testified before the Groupe d’information du Sénat sur le Tibet (France), the Parliamentary Human Rights Group (United Kingdom), the Congressional-Executive Committee on China, the Senate Committee on Foreign Relations, the House of Representatives Committee on International Relations, and many others.