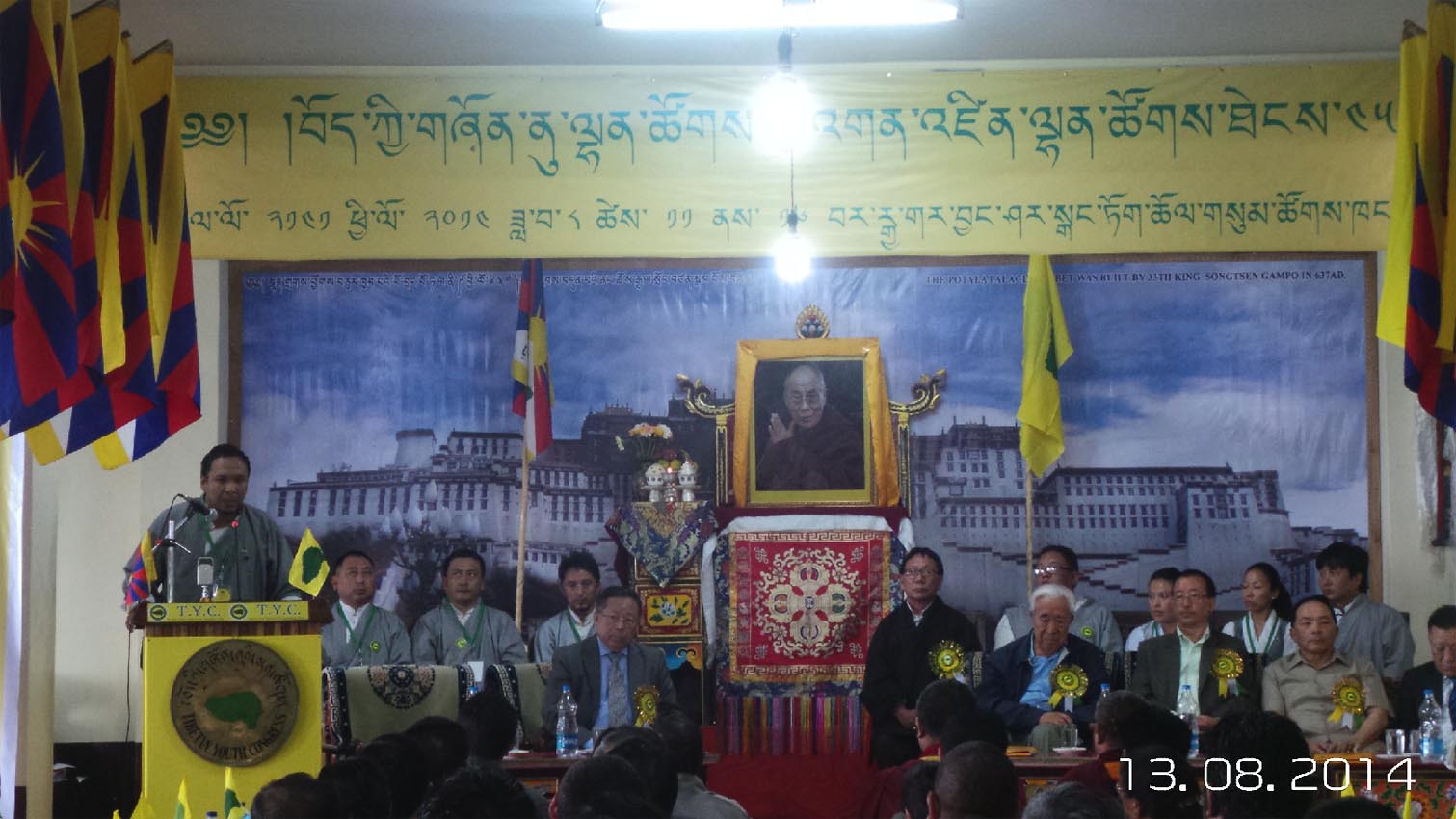 (TibetanReview.net, Aug13, 2014) – The 45th annual meeting of the Tibetan Youth Congress (TYC), the largest grassroots Tibetan organization, opened in Gangtok, capital of the Indian state of Sikkim, on Aug 11, with a number of high profile state leaders and officials as guests. The guests included Mr RB Subba, the state’s minister for Human Resource Development as well as for Youth Affairs; Mr Sonam Gyatso, Deputy Speaker of Sikkim Legislative Assembly; Mr Sangay Dorje, the state’s Additional Director General of Police; and Thukchu Lachungpa, the state’s former Forest Minister and the President of Citizen Forum. Mr Gyalo Thondup, a former head of the exile Tibetan administration at Dharamshala and an elder brother of the Dalai Lama, was also a chief guest.

Mr Subba hoped Tibet’s exiled spiritual leader, the Dalai Lama, will be able to return to a Free Tibet in the near future and said the work of the TYC was very important for the Chinese occupied country.

Apparently referring to the TYC’s campaign for Tibet’s complete independence which is at variance with the exile administration’s goal of autonomy under Chinese rule, Gyalo Thondup said differences of opinion were inevitable in society but stressed that the most important thing was for everyone to work for Tibet. He said the TYC’s importance rested on the fact that it provided a forum for the Tibetan youth to be involved in the struggle.

During its six-day gathering in the Cho Ka Sum Hall, the 45th Tibetan Youth Congress Working Committee Meeting, a gathering of more than 100 delegates representing the regional chapters of the TYC in India, Nepal and Bhutan, will discuss a number of issues, including the freedom struggle and the strengthening of the organization.