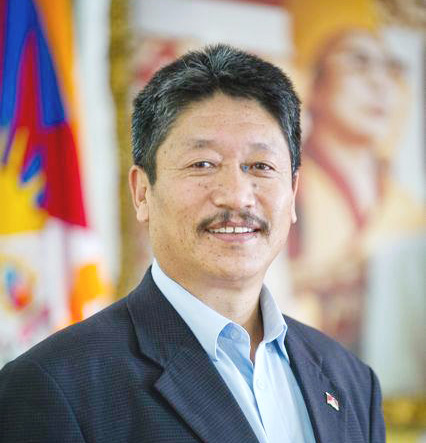 (TibetanReview.net, Jun02, 2016) – Mr Dongchung Ngodup, former Kalon (minister)of the Department of Security of the Central Tibetan Administration, Dharamshala, India, has been appointed the new Representative at the Bureau of His Holiness the Dalai Lama, New Delhi. He takes charge with effect from Jul 15.

Mr Ngodup had on Apr 6 resigned from his post, owning moral responsibility for lapses in the functioning of the then Central Tibetan Administration especially in the area of preventive healthcare for the Tibetan public, pointed out by the Dalai Lama.

Mr Ngodup takes over from Mr Tempa Tsering, a former kalon with decades of service in the exile Tibetan administration.