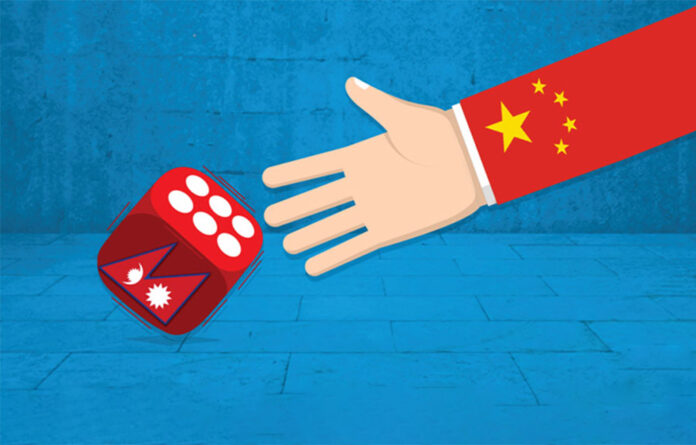 (TibetanReview.net, Jan16’21) – In a remark clearly aimed at China, Nepal has said Jan 16 that its leaders were able to settle their problems by themselves without external interference. The remark came in the backdrop of China’s active ongoing efforts to prevent a split in the ruling Nepal Communist Party (NCP) even if that means seeing Prime Minister KPS Oli ousted from his post.

“We are able to settle our problems ourselves. Being close neighbour, there may be some concerns, questions, but we never accept interference from external side,” the timesofindia.com Jan 16 quoted visiting Nepal foreign minister Pradeep Gyawali as saying. This was after he was asked about China’s overt attempts to get Oli and his rival PK Dahal Prachanda to patch up their differences and keep the party intact.

Gyawali has refused to go further, maintaining that his country’s relations with both China and India were excellent.

And he has refused to talk further about China’s role in resolving the NCP dispute, saying it wouldn’t be proper for him to talk about a third country from foreign soil.

And just before Gyawali landed in India, Prachanda accused Oli of acting at the behest of India in dissolving the House of Representatives, the Lower House of Nepal’s parliament.

Oli dissolved parliament for fear of a confidence motion being tabled by his rivals within the party and who had the majority support.

Nationalist Oli was stridently anti-India when China was actively helping to keep him in power in the face of onslaught from his rival faction led by Prachanda and others. He stridently raised a border issue on which talks were ongoing, apparently to please Beijing. He even called the Indian coronavirus more lethal than the Chinese one in a widely quoted remark in May 2020.