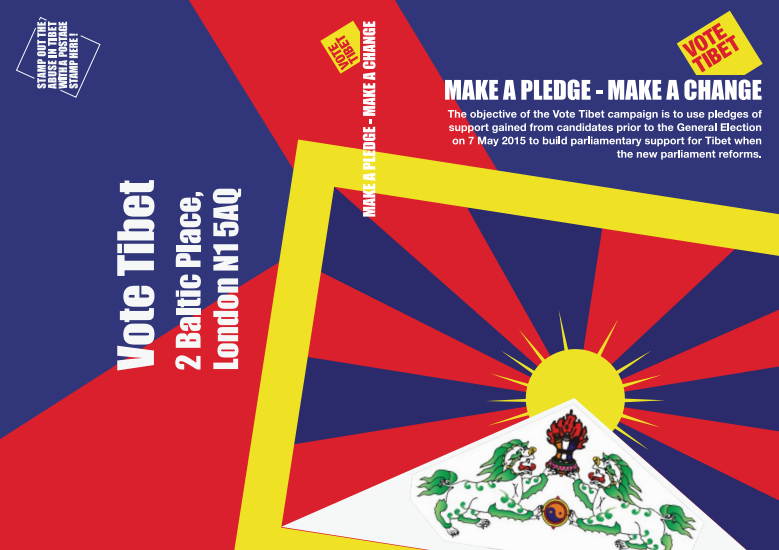 (TibetanReview.net, May07, 2015) – More than 350 candidates, including from all major political parties, standing for the ongoing election to the country’s parliament have signed a pledge to extend support for respect for human rights in Chinese ruled Tibet, according to the London-based Tibet campaign group Tibet Society May 5. The country goes to polls on May 7 for the election of 650 members to the House of Commons, the Lower House of UK’s parliament.

Of the 354 candidates who have made the pledge as of 3PM May 5, 148 were Green candidates, followed by 69 Liberal Democrats, 54 Labours, 20 UKIPs and 19 Conservatives. Besides, 18 candidates from five regional parties (Scotland, Wales and Northern Ireland) have also pledged support. A total of 3,971 candidates are standing for election.

“Foreign policy is an issue that has hardly registered during this election campaign. However, the number of candidates pledging support for Tibet indicates there is a strong desire to see a government with ethics that will not only challenge China’s human rights record but will stand up for the rights and freedoms of the Tibetan people,” Fabian Hamilton, Labour candidate for Leeds North East and chairman of the All Party Parliamentary Group for Tibet during the last parliamentary session, was quoted as saying.

Tibet Society said it launched the Vote Tibet campaign in early April with the long-term aim of building parliamentary support for Tibet. Those who have signed the pledge have undertaken to “use my position as an MP to support human rights for Tibetans in Tibet including the freedom to determine their own future.”