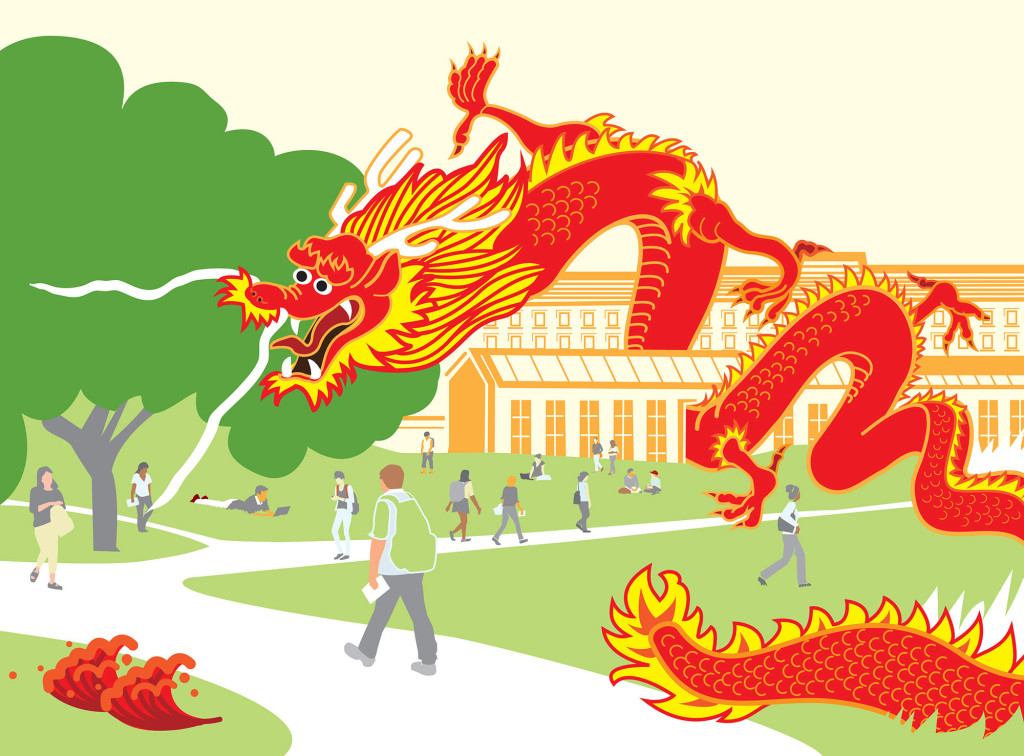 (TibetanReview.net, Apr22, 2018) – Students and visiting scholars from China have been required to set up Party branches at their host universities in the USA, as well in other countries across the world, to both strengthen “ideological guidance” and to report on other Chinese students’ behaviours and beliefs, reported foreignpolicy.com Apr 18.

The report is based on a review of official university and state media articles celebrating and reporting on the establishment of Chinese political entities in overseas universities. And the effort is said to be taking place in the context of President Xi Jinping’s ongoing campaigns to consolidate state power under the CCP, and to reinforce ideological orthodoxy in domestic universities, the Party, and society at large.

For example, at the University of Illinois at Urbana-Champaign (UIUC), a group of Chinese students and faculty from Huazhong University of Science and Technology participating in a summer programme held meetings to discuss party ideology, taking a group photo in front of a red flag emblazoned with a hammer and sickle, a Jul 2017 article and photos posted to the Huazhong University website was cited as showing.

The students’ home institution was stated to have sent four teachers on the trip, directing them to set up the party cell to strengthen “ideological guidance” while the students were in the United States.

The exchange students at UIUC were also reported to have been asked to report on any potentially subversive opinions their classmates may have evinced while abroad, a student was cited as saying.

Party cells were also reported to have appeared in universities in California, Ohio, New York, Connecticut, North Dakota, and West Virginia. The cells are seen as part of a strategy, now expanded under President Xi, to extend direct party control globally and to insulate Chinese students and scholars abroad from the influence of “harmful ideology,” sometimes by asking members to report on each other’s behaviours and beliefs.

However, the party cells popping up on campuses across the United States were stated to be not the Communist Party’s only expansion abroad. The report said the US-based party branches were part of a growing network of cells located on campuses in Canada, Mexico, Chile, Australia, France, Germany, the Netherlands, Spain, Italy, Portugal, Greece, South Korea, Thailand, and elsewhere.

Through such cells, China makes use of Chinese Students and Scholars Associations at host universities to promote Party-sanctioned ideology on the ground. This happened, for example, last year at the University of California San Diego when a group of Chinese students protested the Dalai Lama’s invite as commencement speaker.