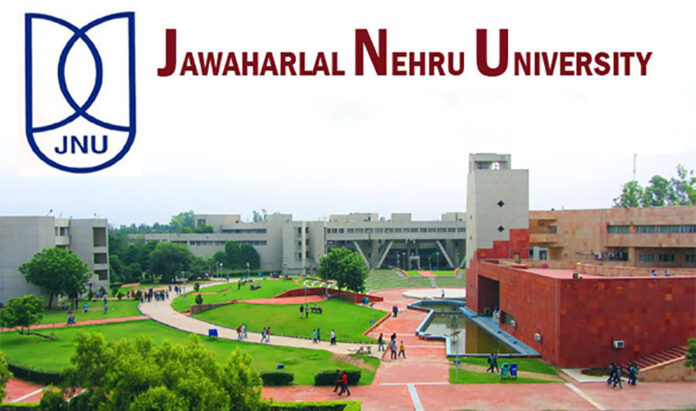 (TibetanReview.net, Sep23’21) – Sikyong Penpa Tsering’s meeting with the joint secretary of India’s Ministry of Education Lamchonghoi Sweety Changsan on 13th September came as a cause for encouragement to me in such unsettling times. The meeting, of course, related to the taking over of six CTSA schools by the Tibetan establishment from the Central government of India. However, it brought to my mind the fee crisis being faced by Tibetan applicants and students at Jawaharlal Nehru University. Hopefully the present administration can help to resolve this issue and make JNU once again an option for higher education for Tibetan students in future. The new fee structure has raised a tall wall against Tibetan aspirants and the problem has continued for the last two years.

It all started in 2019 when the JNU administration adopted a new fee structure which presented a staggering rise of dues for Foreign National (FN) students. Previously, Tibetan students took admission in JNU as FN students through entrance exams and paid 100 US $ a Semester or 200 a year as fees besides hostel rent and food mess Charges. The new Fee1 structure requires us to pay US$ 1,200 for those pursuing humanities and social science courses and US $ 1,500 a Semester for those in Science disciplines. Yes, for one semester, and it obviously caused a significant decline in the number of Tibetan student admissions. Over 40 students cleared the entrance test, but most of them had to back out only because of the humongous fee demand. They were left with no option but to look elsewhere for pursuing their further study. Earlier, since 2013, at least 20 new Tibetan students joined JNU every year. But now hardly 3 to 5 students can afford to join this prestigious institution.

Yes, there are many other options with much lower fees, such as Delhi University (DU), Banaras Hindu University (BHU), Dalai Lama Institute for Higher Education (DLIHE), Madras University et cetera. But JNU is the number one central institute and the 2nd best of all Universities in India as indicated by the ranking list released earlier this month by the National Institute Ranking Framework.2 JNU remains at the top because of the high academic quality imparted by distinguished professors and lecturers.  But apart from ranking and stats, JNU is reputed for its learning space beyond the classroom. The liberal pluralism concepts taught in the classrooms are reflected through the vibrant political and participatory democratic culture on the campus. The JNU campus is in fact a microcosm of India at large. It reflects all the social problems and a functioning and participatory democracy to find solutions, which makes it the best training ground for “ma ‘ong bod kyi son rtsa” (seed of future Tibet), who would have to hold up the precious democratic exile community. We Tibetans can’t afford not to send our Children to such a nurturing ground.

Tibetan students at JNU have been taking the case to officeholders and politicians (both Tibetan and Indian) and have won their sympathy. However, bureaucratic deadlocks seem to have impaired their power to help and nothing has happened so far. Then the Covid outbreak comes and the issue gets derailed. The hope for resolving this issue is slowly fading away and the number of Tibetan students is keeping on diminishing, which is disheartening. I feel it imperative that the newly elected head of the CTA and the 45 elected members of Tibetan Parliament in Exile (Chithues) collectively sit for an informed deliberation on this issue and find a way to seek a resolution of the issue before the new fee structure gets concretised, becoming unamenable to reconsideration. Given our refugee status and the special consideration given to us by DU and BHU as a result of it, the JNU could be persuaded to extend a similar concession to Tibetan students.

Hope for solution to JNU’s charging of int’l student fees on Tibetans in India?