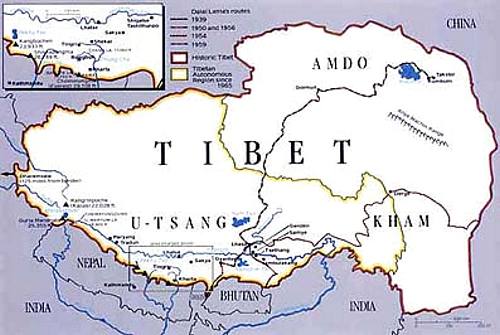 (TibetanReview.net, Aug04, 2016) – China said Jul 29 that it had discovered in Qinghai Province a huge deposit of potassium, a desperately needed material for its agriculture, said a report by China’s official Xinhua news agency posted on the official globaltimes.cn website Jul 29.

Citing China’s Ministry of Land and Resources, the report said more than 156 million tonnes of potassium chloride was found during a preliminary exploration in the western part of the Qaidam Basin.

The ministry had described the discovery as a “milestone” because China currently imports 70 percent of its potassium requirement.

The report noted that China currently uses potassium on about 450 million mu (30 million hectares) of farmland and imported about 6 million tonnes of potassium fertilizer every year.

The report added that Canada, Russia and Belarus currently owned 60 percent of the world’s potassium fertilizer resources and production.