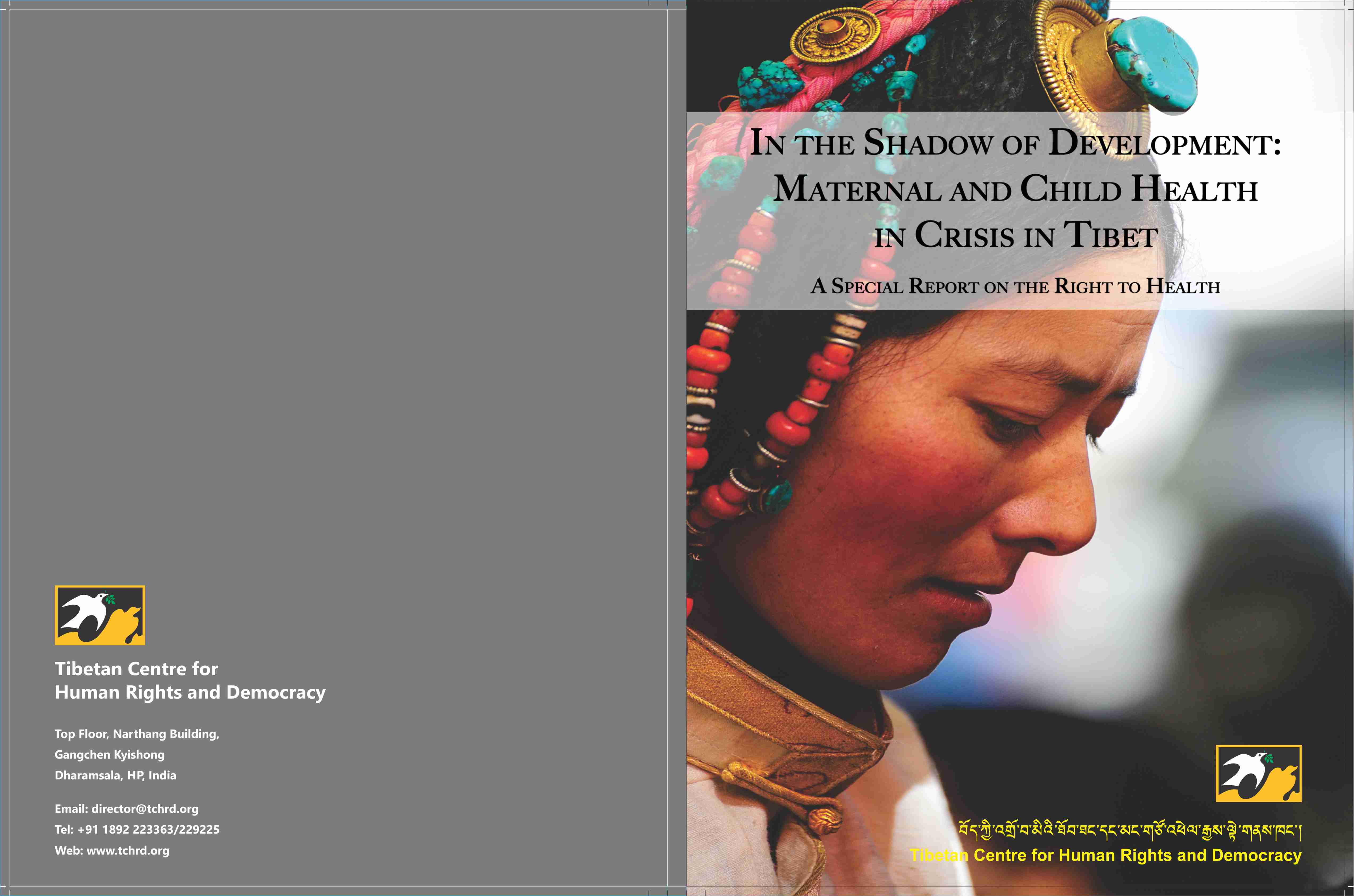 (TibetanReview.net, Mar06, 2015) – Maternal and child health in Tibet is the worst in the PRC by a wide margin, with rural Tibetan women and children continuing to be under some of the highest risks in the country for birth-related illness and death, said Dharamshala-based Tibetan Centre for Human Rights and Democracy in a new report Mar 4.

The report, Shadow of Development: Maternal and Child Health in Crisis in Tibet, says that in 2009, maternal and infant mortality rates in the Tibet Autonomous Region (TAR) were the highest in the PRC – 8 and 2.7 times the national average. Besides, severe child malnutrition, at 3.6%, was more than twice the average in the PRC. Also, life expectancy in the TAR was 8.5 years shorter than average and also the lowest in the PRC.

The report indicates that the situation of women and children in the Tibetan Autonomous Prefectures in Gansu, Qinghai, Sichuan, and Yunnan Provinces were no better. It says their very high relative risks of illness and death resulted from four major factors: high rates of poverty; widespread lack of general and health education; geographic isolation from healthcare; and significant cultural disincentives to health services utilization.

The report blames the poor health situation in Tibet to a severely inadequate system of public healthcare. It notes that in the TAR in 2009, only 33% of women and 41% of children received systematic healthcare – the lowest rates of care in the PRC and only about half the national average.

The report says the poorness of the health conditions in Tibet are masked by evaluations of health in the PRC which largely consider only aggregate national data.

The report contends that the poor maternal and child health in Tibet is not a problem for development; rather, it is a miscarriage of social justice and denial of human rights.