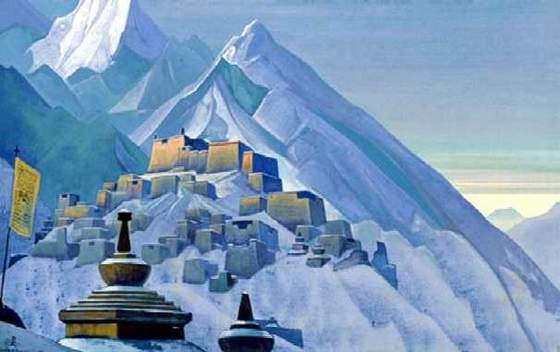 Once upon a far away, where
Heavens touch the mountain snow
Temple bells sent spirits free
To bless the souls of those below

Beyond the hills a dragon ruled
A textured kingdom, history blessed
Where culture graced its ancient courts
But left its people poor, repressed

* Sujit Banerjee grew up in Calcutta and presently lives in the US where he teaches engineering. His published poetry is woven around social themes. He is fascinated by Tibet whose people and vistas reflect the depth and simplicity of Buddhism. He can be reached at s.banerjee@att.net