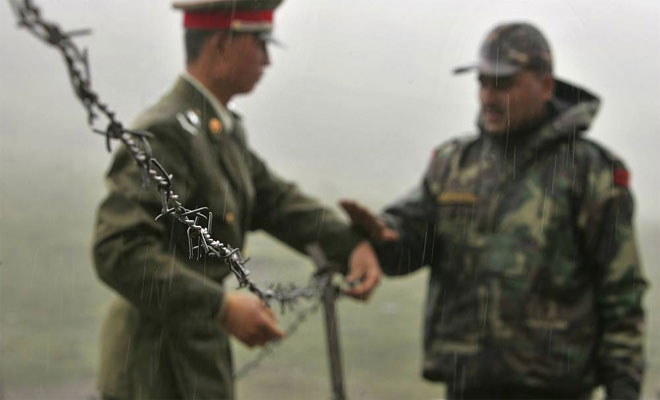 (TibetanReview.net, Feb12, 2015) – A Chinese government academic has said Feb 10 that any settlement of the border dispute with India would require the latter to make concessions or adjustments over the state of Arunachal Pradesh, a territory bordering Tibet and having no history of Chinese rule or influence. Strategic affairs expert Lan Jianxue has said a “breakthrough” in the border dispute would be impossible without concessions on Arunachal Pradesh, reported indiatoday.intoday.in Feb 10.

Lan’s remarks was in response to comments made by India’s External Affairs Minister, Ms Sushma Swaraj, to reporters during her Feb 1-2 visit to Beijing, suggesting that Prime Minister Narendra Modi and President Xi Jinping, as two strong leaders, may enable an “out of the box” approach to solving the border dispute.

But Lan has told the Communist Party-run Global Times newspaper, “If there is an ‘out-of-box solution,’ it is highly likely a breakthrough over the eastern part of the border, which contains the most controversial area between China and India”.

Lan, who had earlier served in the Chinese Embassy in New Delhi and is cited as an expert on India-China relations, has said the “illegal McMahon Line” is at the heart of the boundary dispute. “This is a line that China has never accepted. If India won’t make concessions or adjustments over the line, there will be no suggestion whatsoever that the two sides are any closer to agreeing.”

Lan has therefore cautioned that “it might be too soon to anticipate that this solution will be reached in May during Indian Prime Minister Narendra Modi’s first visit to China since assuming office”. He has pointed out that the Modi government had shown “a tougher attitude” by beefing up border patrols and pushing long overdue moves to improve infrastructure.

China is in occupation of at least 38,000 sq km of Indian territory in the western sector in the Aksai Chin region, while laying claim over 90,000 sq km in the eastern sector in Arunachal Pradesh. There is dispute in the middle sector as well.

Lan has said China “used to offer a ‘package proposal’ for settling the issue, which requires each side to make a compromise, yet it was turned down by India.” This offer, if accepted at that time, is seen as resulting in maintaining the status quo, with both sides more or less holding on to their claims with minor adjustments – China keeping Aksai Chin and giving up claims in the east.