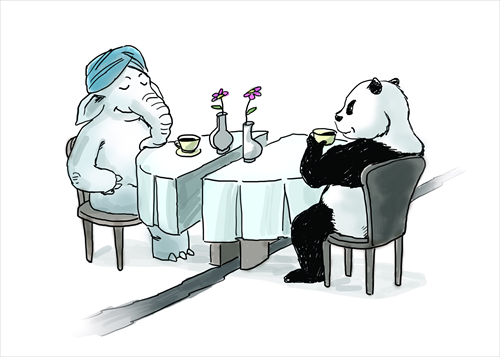 (TibetanReview.net, Jan15’22) – The 14th round of India-China military dialogue held on Jan 12, which continued for 13 hours at the Chushul-Moldo meeting point on the occupied Tibet side, failed to yield any positive outcomes, reported the hindustantimes.com and the ANI news service Jan 13. However, both countries have decided to work towards mutually acceptable solutions to resolving the Ladakh LAC (Line of Actual Control) stand-off. Both the sides were stated to be looking forward to the next round of talks to be held soon to continue the momentum of discussions.

While both sides were scheduled to come out with press statements on Jan 13, the Indian side clearly failed to persuade the Chinese PLA (People’s Liberation Army) towards disengagement from Gogra-Hot Springs near Kongka La as well as resolving patrolling rights issues in Depsang Bulge in Daulet Beg Oldi sector and Charding Nullah Junction in Demchok sector, noted the hindustantimes.com report.

The report said the talks were constructive but without any positive outcome. This means both the Indian Army and the PLA commanders will continue to engage in future but there is no guarantee on whether the PLA will restore the April 2020 status quo ante in Gogra-Hot Springs or resolve the Depsang Bulge or CNJ issue.

The report noted that the Indian and Chinese armies were locked in a stand-off all along Ladakh LAC since the latter, under instructions from the Central Military Commission under President Xi Jinping, decided to unilaterally change the LAC and impose the rejected 1959 cartographical line on the Ladakh LAC in May 2020.

Since then the two sides are fully deployed with more than three divisions of troops on each side with missile, rocket, artillery and tank regiments apart from the Air Force being on standby in the hinterland. The PLA by transgressing in Pangong Tso, Galwan, Gogra-Hot Springs area in May 2020 broke the bilateral 1993 and 1996 peace and tranquility agreements signed at the level of heads of states, the report said.

Given the current border situation, Indian Army Chief General Manoj Mukund Naravane has said Jan 12 that the Army under his command will continue to deal with the Chinese PLA in a “firm, resolute and peaceful manner” in the northern borders, that it has been maintaining the highest level of operational preparedness in the region.

He has also said, addressing a press conference, that there had been positive movement in terms of disengagement at some friction points along LAC in eastern Ladakh.

“Along our northern borders, we have continued to maintain the highest levels of operational preparedness, while engaging in sustained dialogue with the PLA. We will continue to deal with the PLA in a firm, resolute and peaceful manner while ensuring the sanctity of our claims. Necessary safeguards are in place,” he has said.

Giving a positive assessment of the talks held thus far, Gen Naravane has said, “The fourth and fifth round of military dialogue resulted in resolving the issue at PP14 (in Galwan Valley), the ninth and 10th rounds helped resolve issues in the north and south banks of Pangong Tso and Kailash ranges, and by the 12th round, we resolved PP-17 or Gogra. We have to keep talking to each other to understand each other’s viewpoints and perceptions and the differences, and every time we talk, the differences keep getting narrower down.”