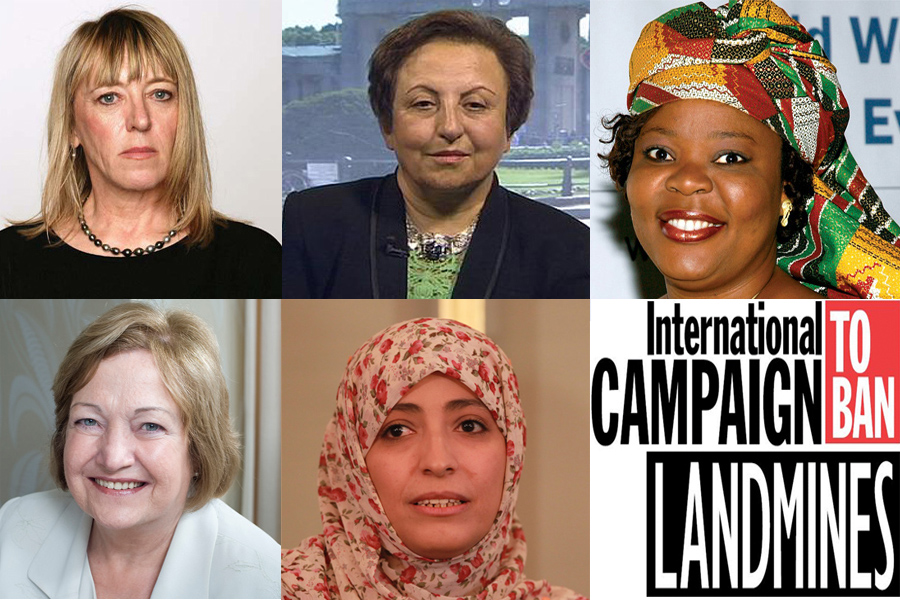 (TibetanReview.net, Sep27, 2014) – The number of recipients who have decided not to attend the 14th annual summit of the Nobel Peace laureates scheduled to be held in Oct 2014 in South Africa has risen to six, with two more – Yemeni journalist Tawakkol Karman, and Northern Irish activist Mairead Maguire – deciding to skip the event in protest against denial of visa for Tibet’s exiled spiritual leader, the Dalai Lama. The gathering is to be held in Cape Town from Oct 13 to 15.

“The Dalai Lama advocates a nonviolent, negotiated solution to the Tibet problem,” the Nobel Women’s Initiative said in announcing the boycott. The announcement accused China of putting political pressure on countries to limit the monk’s freedom to travel, taking note of “China’s public declaration of thanks for South Africa’s decision to block the spiritual leader from entering South Africa”.

Earlier, Jody Williams from USA, Shirin Ebadi from Iran, Leymah Gbowee from Liberian, and the International Campaign to Ban Landmines had already decided not to attend the summit.

South Africa, which has China as its largest trading partner, refused to reconsider its decision despite a joint appeal made by14 Nobel Peace laureates to President Jacob Zuma.

Meanwhile, the AFP Sep 26 quoted Cape Town city mayor Patricia de Lille as saying, “South African laureates have written to all invitees encouraging them to attend in the interests of strengthening the global peace dialogue, and to send a message that the South African government’s appalling treatment of the Dalai Lama will not go unchallenged.”

The report also quoted Dave Steward, executive director of the FW de Klerk Foundation, one of the organizers of the summit, as saying, “The best way would be to come to the summit and celebrate the 20th anniversary of our democracy and then make any views they want to make known at the summit.”

Before the announcement of the boycott, the organisers – which are the foundations representing four South African peace laureates, namely Desmond Tutu, Nelson Mandela, FW De Klerk and Albert Luthuli – had said that along with the two surviving South Africans — Tutu and De Klerk — 13 individuals and eight organisations had confirmed that they would attend the summit, including former Soviet president Mikhail Gorbachev.

Also, ewn.co.za Sep 26 quoted De Lille as saying, “The reason South Africa was chosen was because the Nobel laureates wanted to celebrate the life of Nelson Mandela and also the 20 years of our democracy.”