THE NATIONAL QUESTION IN TIBET REVISITED 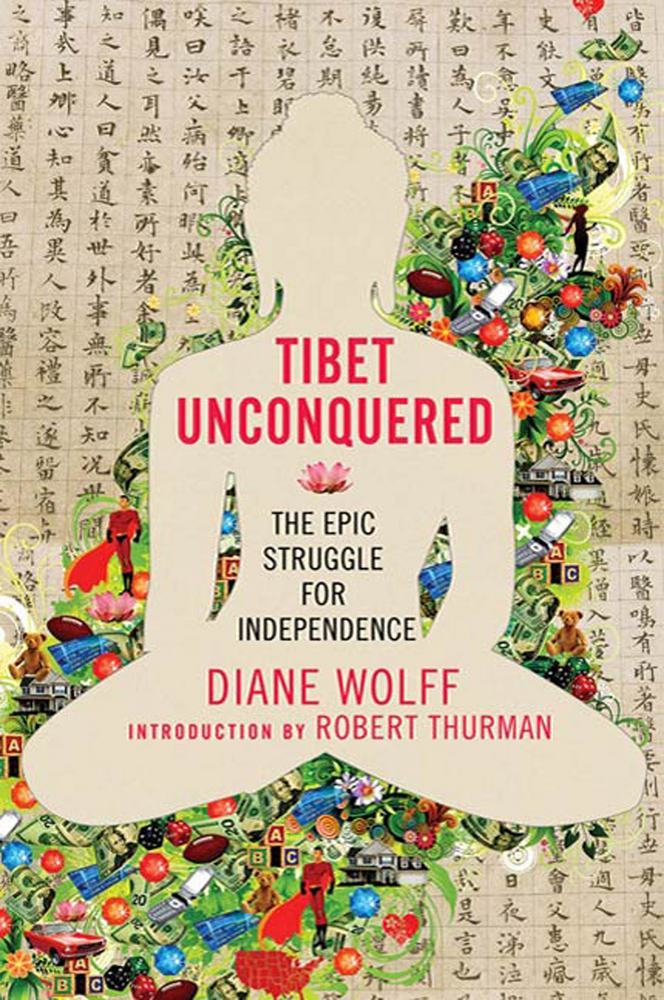 US involvement in the question of Tibet dates to the time of the 1959 Uprising in Lhasa. The US government offered aid to the Dalai Lama, persuaded the Nehru government to grant him asylum and through the CIA gave covert assistance to the Khampa-led armed resistance that had begun in the early 1950s.  The aim of this aid was not so much to help Tibetans achieve independence as it was to harass a communist regime and gain intelligence regarding its military methods.

When China had invaded and occupied Tibet in 1950 its government had protested to the UN but it could not win any open support from the US, which did not want to open another war front in addition to the one in Korea. At the same time, the US wanted to promote its own interests in the region within the Cold War superpower framework. China as a counterweight to the Soviet Union was already possibly part of the US foreign policy approach. The CIA withdrew support to the Tibetan guerrillas and Tibetan independence once the Chinese within the framework of the Three World Theory decided that the Soviet Union represented a greater danger to them and went in for a thaw in their relations with the US.

By and large the US has not given full-scale support to separatist, secessionist movements in the South Asian region but has kept its finger in the pie so that these movements of oppressed nationalities do not take on the dimension of full-scale anti-imperialism. This is so in the case of the Sri Lankan Tamil question, for example, where the issue is toned down to gross human rights violations committed during the war against the LTTE by the Rajapaksa government. In the Tibetan case US capital has preferred to first penetrate the China market by exporting many polluting manufacturing industries there in joint venture enterprises in Special Economic Zones created by the Chinese government. Today the balance of trade between China and the US is skewed in China’s favour and the US is highly indebted to China as it is one of the biggest investors there. The strong economic ties between the two countries do not allow the US to antagonize the Chinese dragon too much while it tries to contain it as much as possible through forging military cooperation pacts with countries such as India and Japan in the region and through making some noises about human rights violations in the case of Tibet.

With this background of US interests it is clear why a pro-imperialist East Asia expert as Diane Wolff has by no means put forward any radical solution to the issue of Tibetan freedom in her book. She sticks to the Middle Way path, the demand for “genuine autonomy,” which was put forth by the Dalai Lama in the mid-70s around the same time that the CIA completely withdrew its support for the armed rebellion. Her proffered solution is a new avatar of the old stance of British imperialism in this area, of Chinese suzerainty over Tibet. Harking back to the period of Mongol rule when the priest-patron (cho-yon) relation was established she advocates a “loose reins” model of control in place of the present centralized command control of the CCP.  Old wine in a new bottle indeed! She recommends that this “loose reins” model be implemented in Sinkiang too where the Uighurs are up in rebellion against Han Chinese domination.

A regionally empowered satellite Tibet, she suggests, could form part of a South Asian Common Market, an expanded SAARC (South Asian Association for Regional Cooperation) which would include Afghanistan too in addition to its current members – Pakistan, India, Sri Lanka, Maldives, Bhutan, Nepal and Bangladesh. Then Tibet as a “mountain coastal region” could resume its traditional trade with Himalayan countries such as Nepal, Sikkim, Bhutan and Arunachal Pradesh in India. The setting up of such a South Asian Common Market with Afghanistan included would serve US political and economic interests. As rivalry and contradictions with Russia have escalated in the recent past and Islamic fundamentalism, itself initially spawned by the CIA to counter Soviet expansionism, is strong in the regions of Afghanistan, Sinkiang and parts of Pakistan, “development” with the aid of US capital would help in containing a volatile situation and counter-balance the proliferation of trade in illegal arms, heroin trafficking and the export of jihadism in the region. Rather than through a strong direct military presence, investment of US capital would help the US to make its presence felt in the region vis-á-vis expanding Russia and China from both sides.

In the author’s perspective: According to the US CIA, the greatest likelihood of a nuclear war would be one between India and Pakistan. The mediation of a regional body would allow China to play the role of a balancing and stabilizing interlocuter in the Central and South Asian region as it has so often and so successfully done in the case of North Korea. China-US relations being what they are now China has finally been compelled to toe the US line on economic sanctions against North Korea to contain the trend of nuclear proliferation. Wolff triumphantly announces that “Once the human rights question is resolved by the new autonomy, the World Bank, the Asian Development Bank and the IMF as well as private capital would have the way cleared for participation in the Tibetan economy” (p. 206) and would provide the capital required for making Tibet into a zone of sustainable eco-tourism through forming what she calls a Special Ethnic, Trade and Ecological Zone (SETEZ) on the lines of the Special Economic Zones (SEZs) on the Chinese coast.

So far the tourist industry is tightly controlled by the Chinese government and benefits mainly the Han Chinese. With the ‘loose-reins’ model profit-hungry Western capital can sneak in and benefit the Tibetans, opines the author, by making it into a sought-out healing destination satisfying the spiritual, physical, environmental and psychological needs of a world-wide population. Unfortunately, the adverse impacts even of eco-tourism, if it takes on a mass character and is based on profit-seeking, are well known. It will certainly not be in a position to protect the habitat and prevent the glacier meltdown that is happening because of world-wide climate change, not least due to the lifestyle based on overconsumption of US citizens and threatening water security in many countries. It should be mentioned that the World Bank is known to disregard its own environmental policies while funding projects.

A large chunk of the book is devoted to narrating the history of China-Tibet relations as a background to justify the “loose-reins” model of resolving the vexed national question of Tibet. The author also goes into the Communist approach to the national question, which throws light on the nature of Chinese communism.

While the CCP under Mao initially took over the Leninist position on nationalities granting them self-determination rights up to the right of secession, it differed in that it termed the Tibetan, Mongol, Uighur and Manchu nationalities as ‘minority’ nationalities of China along with many others in China proper. (The author by accepting the term ‘minorities’ for nationalities in both the erstwhile Soviet Union and in China is unable to arrive at a full understanding of the national question in these countries). Minority nationalities were to be allowed to form their own independent/autonomous states or regions in a Chinese federal republic as per early CCP documents. However, in the aftermath of the Japanese invasion of Northeast China the stress was laid on regional autonomy rather than independence and secession because of the Japanese sponsoring of ‘autonomy’ of Inner Mongolia and the close ties of Outer Mongolia with the Soviet Union, the secession of which was engineered by Stalin according to the author.  Additionally, there were fears of East Turkestan, a resource rich area, being annexed into the Soviet sphere of influence.

Ultimately, both the Soviet Union and Communist China were expansionist and imperialist in their approach to neighbouring independent nations and nationalities because they were nationalist Han Chinese and Russians under the garb of communism. The reason for this was the large-scale centralised state controlled model of industrialisation that both chose to follow, in other words, state capitalism, which had its need for captive resources which could be garnered from the territories of these subordinated nations. The oppression of their peoples could take ruthlessly barbaric forms as the case of Tibet shows.  The Marxist-Leninist-Stalinist approaches to the national question tended to identify national identity formation with the rise of the bourgeoisie and industrial capitalism, whereas it often predated modernism, and thought that it could be overcome through socialist industrialisation which would emphasize identification with class rather than ethnicity. However, we can imagine that even when differences on the basis of ethnic origins, religion, colour, language and so on lose their edge, class differentiations are eliminated and there is genuine democratic participation in a socialistic, communitarian society ethnic/national identities may not wither away totally. Like the family, affinity to one’s national/ethnic origins may endure because it may still serve some basic emotional, psychological, cultural and ecological/environmental needs.

To conclude, if the author recommends a “loose reins” model it cannot be a solution to the colonisation of Tibet by China nor can it circumvent, rather it is meant to promote neo-colonial incursions by US imperialism and global finance incorporated in the IMF and World Bank, which are notorious for having brought countries into indebtedness and bankruptcy. So, peaceful Buddhist Tibetans who yearn for freedom will have to think out their strategies anew rather than allow their liberation movement to continue to be manoeuvred in a direction that would benefit the most bloodthirsty imperialist power in the world today that is being ruled by its military-industrial complex and finance capital.

While the book presents a useful compendium of the past history of Tibet and a critical review of Soviet Russian and Chinese communist policies in the nationality question over the years, in the opinion of this reviewer by advocating that the Fifth Generation Chinese leadership should emulate Gorbachev it fails to present a satisfactory solution to the question of Tibetan liberation.

* Pranjali Bandhu is a researcher and writer based in South India. She is author of “Tibetan Saga for National Liberation” and a founding member of South Asia Study Centre, the Nilgiris. She can be contacted at southasiastudycentre@gmail.com