(TibetanReview.net, Mar04’20) – Kasur Mr Lobsang Nyandak, President of New York-based Tibet Fund, has on Mar 2 offered his candidature for election as the Sikyong (President) of the Central Tibetan Administration for the upcoming, 2021 election, becoming the second person to do so thus far. Earlier, on Jan 17, Kasur Ms Dolma Gyari made clear her intention to stand for election for the post. 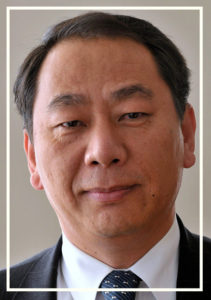 The exile Tibetan election for Sikyong as well as for membership of parliament does not provide for the Election Commission to finalize any list of candidates for the preliminary polls. Rather, anyone can vote for any eligible candidate. Announcing candidature enables voters to know people who are interested to stand for the elections, rather than voting for people who may not be interested.

While Dolma Gyari made clear her intention to stand for the election during a student body event in Delhi University’s Kirori Mal College, Lobsang Nyandak has launched a Facebook page under the name of ‘Kasur Lobsang Nyandak for Sikyong 2021’.

Current Sikyong Lobsang Sangay is serving his second five-year term and therefore cannot stand for election for the post again.

Lobsang Nyandak boasts of 30-plus years of service for the Tibetan people since 1987 when he became the General Secretary of the Regional Tibetan Youth Congress, Chandigarh. He was the first Director of the Tibetan Centre for Human Rights and Democracy, Dharmashala, when it started in 1996. He became a Kalon (minister) of the Central Tibetan Administration under Samdhong Rinpoche in 2001.