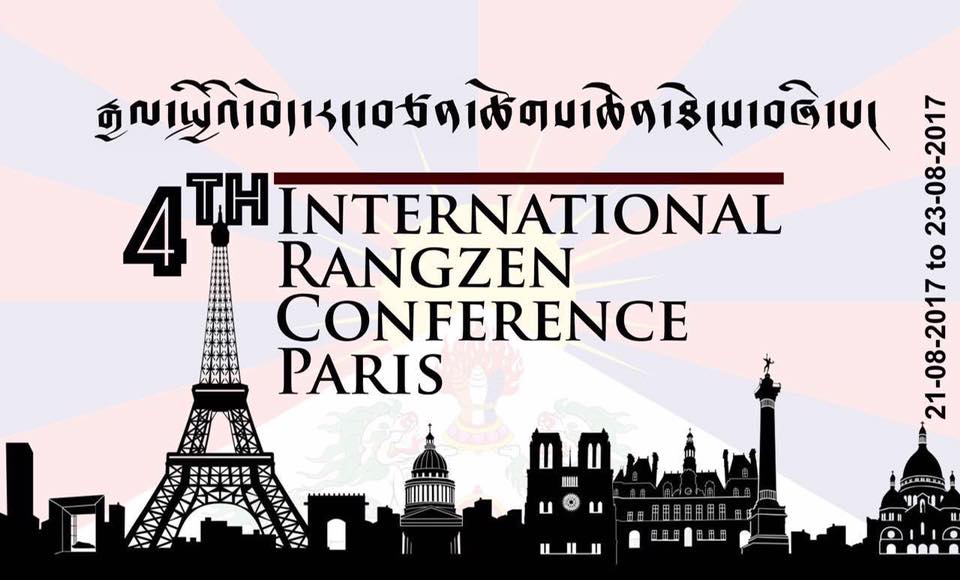 (TibetanReview.net, Aug24, 2017) – A three-day conference of campaigners and supporters of Tibet’s independence, a marginalized cause within the Central Tibetan Administration setup, opened in the French capital Paris on Aug 21. Five former or current members of the Tibetan Parliament in Exile took prominent part in it as speakers, with one of them being the chief guest.

Organizing committee President Mr Gyaltsen Pontsang expressed thanks for the overwhelming support, messages and financial support received for holding what was the Fourth International Rangzen Conference, with the first one having been held in May 2015 in New Delhi.

Chief Guest Lhagyari Namgyal Dolkar made it clear that fighting for independence was at the heart of the Tibetan people’s struggle and that many had sacrificed their life for it.

Former Tibetan political prisoner under Chinese rule Atsok Lukar Jam, who stood for election as the President of the CTA in 2016 on the platform of fighting for independence, said Tibetans needed to stand ready at all times to grasp any opportunity that he felt would surely arise in the changing global scenario.

Guest speaker Dr Xu Pei spoke about the need for Tibetans and other activists to work together against the communist dictatorship of China. He spoke about the Chinese government’s efforts to undermine democracy all over the world.

Uighur leader Dolkun Isa, another guest speaker on the inaugural day, emphasized the need to build a stronger alliance among the peoples fighting against Communist China’s rule.

And making a presentation on ‘Self-immolation protest and the current situation inside Tibet’, Tibetan journalist Ms Choenyi Woeser sought to drive home the point that “we (should) not dilute the message and the intention of the self-immolators”.