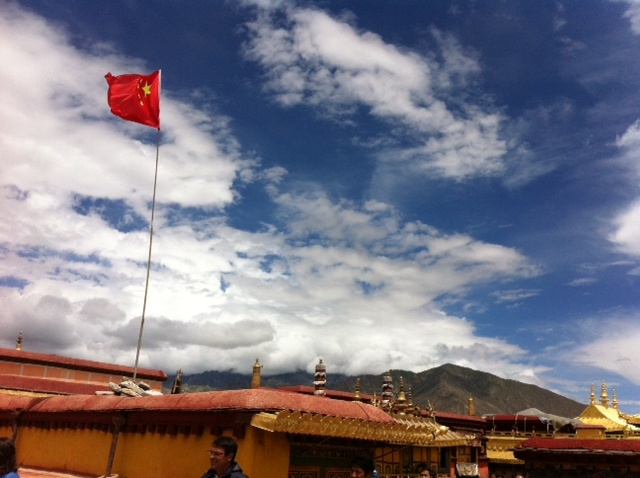 (TibetanReview.net, Sep01, 2014) –Tibet’s capital Lhasa has become more Chinese than ever before under China’s leapfrog development and modernization as well as patriotism drives, leaving one to wonder where the Tibetan-ness of it all had gone, suggests Indian journalist Suhasini Haidar who was part of a group of Indian, Nepalese and Bhutanese journalists invited on a sponsored and chaperoned week-long tour of the ancient Tibetan capital and a nearby county. In an Aug 27 blog posting on thehindu.com, the website of the media group she works for, writing about her last look at Lhasa, she also wonders, along with a Chinese scholar and novelist, why Tibetans should be required to prove themselves more loyal to the communist ruled China than anyone else.

She has observed that Chinese shopkeepers along neatly cobbled, spotless streets dominate where once Tibetans lived and hawked their mostly traditional wares along a narrow lane. She has also found that the Barkhor square that leads up to the famous Jokhang Temple in the middle of the city which once bustled with hundreds of small handicraft stores now rivals any European market square. And she wonders where those Tibetan shopkeepers now work, although also noticing that many more young Tibetans now have jobs in the malls, electronic stores, and in the local administration than she could recall seeing during her earlier visit. She does not say when that last visit had taken place. 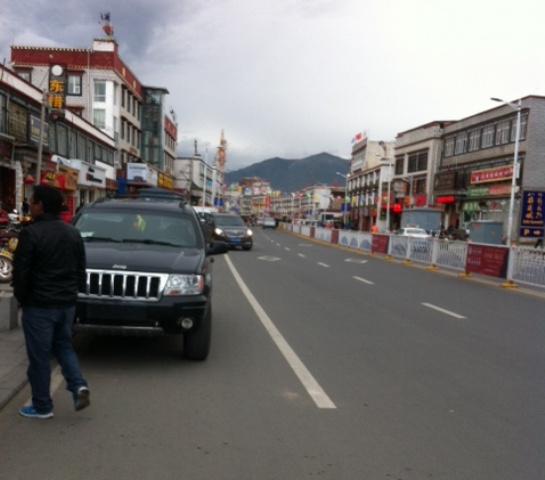 Haidar thinks that the imposing Chinese flag, though a symbol of China’s pride, like in any other country, looked out of place flying atop every monastery and temple her group visited. And also seeing the flag fluttering over every house in the countryside, including even the smallest of homes in Tibet, she wonders about the necessity of it all, given that one does not see as many flags in other parts of China that she had visited.

She finds it interesting that in the month of August itself, popular Chinese scholar and novelist Yang Hengjun had written something similar on his blog after a visit to Tibet. “Why does Beijing want to give the impression that Tibetans appreciate the Chinese government, the party and its leaders more than anyone else in China?” she has quoted him as having written, “Tibetans don’t need to show more patriotism than the Han people do.”

Visiting the Norbulinka, the summer palace of the Dalai Lamas since 1755, she found it to be scrupulously maintained by the Chinese government, including with his personal effects that included a gold brocade gown worn by him for ceremonial occasions but now kept propped up on his throne, as well as an old radio and record player gifted by Indian Prime Minister Nehru. But even as “many Tibetans come through, performing several prostrations before this throne, leaving money and scarves for their spiritual guru who has been away more than half a century,” no image of the Dalai Lama could be seen as it is prohibited by the Chinese government.