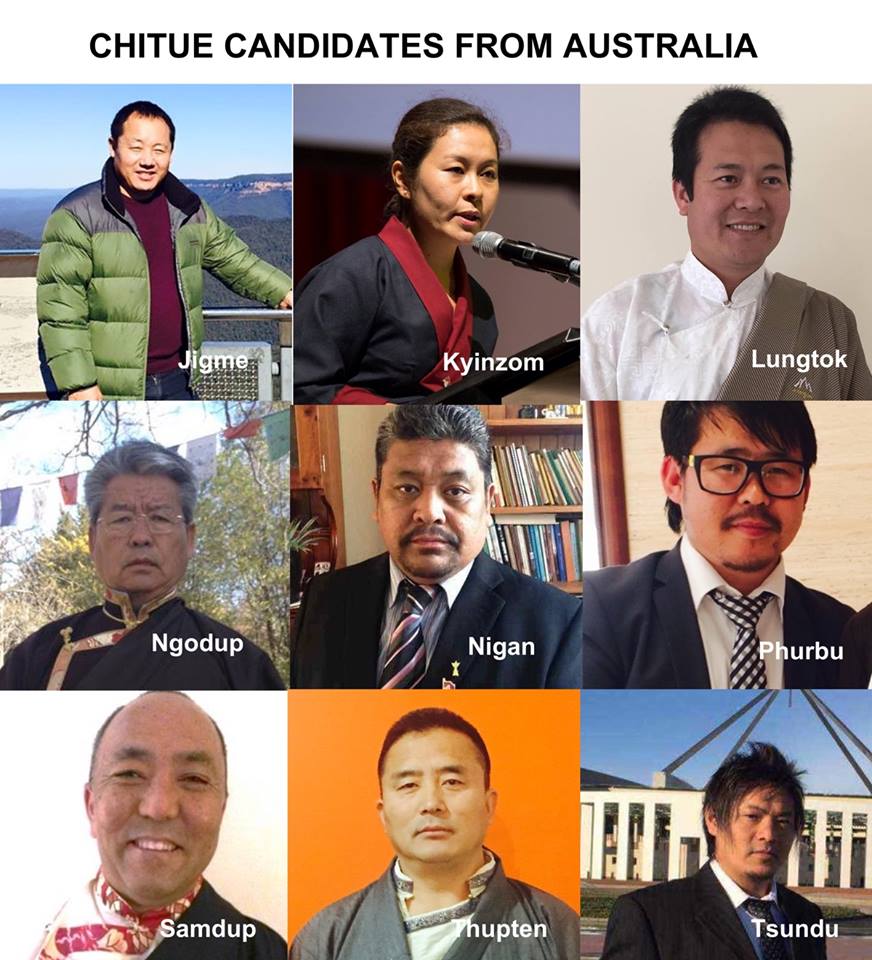 (TibetanReview.net, Oct10, 2015) – Eight of the 10 people offering themselves as candidates for the lone exile Tibetan parliament seat for the Tibetans scattered in the Australasian region and Asian countries other than India, Nepal, and Bhutan, took part in a Debate in the Australian capital Canberra on Oct 3. The Tibetan Parliament-in-Exile at Dharamshala, India, at its Mar 2015 session voted to create one seat for the Tibetans living in this part of the world.

The debate was organised by the Australian Capital Territory Tibetan Community. Those who took part in it were Jigme Dorjee, Khonnyi Tsang Phurbu Tashi, Ms Kyinzom Dhongdue, Ngodup Gyaltsen, Nigan Gotsang, Sandup Tsering, Thupten Dhondup and Tsundu Oser. The candidates explained their positions on issues such as middle way policy versus independence stance toward China, the Jonang monks’ hunger strike to demand separate parliament seats for themselves, the Dolgyal controversy, and so on.

The debate was first held in Sydney, home to most of the Tibetans living in the country, following by one in Melbourne.

Australia is home to more than 1,000 Tibetans, many of them former political prisoners in Chinese ruled Tibet and having received asylum in recent years. Around 500 Tibetans each live in Taiwan and Japan, while 50 live in New Zealand.

The exile Tibetan election takes place in two stages: a preliminary voting on Oct 18 without any official lists of candidates and the final voting on Mar 20. The lists of candidates for the final voting will be drawn up from the result of the preliminary voting with the addition of those offering voluntary candidature for the elections. The election will be both for the 45-seat parliament in exile and the Sikyong, the executive head of the exile Tibetan administration.